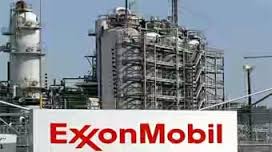 The Niger Delta Avengers has warned ExxonMobil subsidiary Mobil Producing Nigeria not to embark on the repairs of the blown up Qua Iboe 48” crude oil export pipeline, threatening that  “something big and worst will happen” will happen if the oil copany does not heed the warning.

The declaration came after the company claimed to have observed a “system anomaly” during a routine check of its loading facility on July 14.

“We are working to ensure loading activities at the facility return to normal. We cannot speculate on any timeline for repairs,” the spokesman said. “Qua Iboe Terminal is operating and production activities continue.”

But in a statement signed by its spokesman, Brig. Gen Mudoch Agbinibo, the NDA mocked ExxonMobil for initially claiming that the crude oil pipeline was not ravaged.

According to the statement; “When we published the Que Iboe 48-inches crude oil export line was blown by us (Niger delta avengers) ExxonMobil denied it, but now ExxonMobil has admitted that the 48” pipeline we (Niger Delta Avengers) blow up is “System Anomaly”.

“We urging them to follow the path of safety by admitting it was blown but them (ExxonMobil) not admitting it to their traders/international refineries is none of our business. It will become our (Niger delta Avengers) business when ExxonMobil carry out repair work on the blown pipeline.  When that time comes it won’t be ExxonMobil declaring false Majeure but it’s going to be something worst.

“Exxonmobil and Akwa Ibom government can deny Niger Delta Avengers is not in Akwa Ibom state but we want them to know one of our elite strike team is based in Akwa Ibom State.

“To the traders/international refineries doing business with them, don’t let ExxonMobil deceive you that the repair work will take three “to four weeks with the level of damage it will take them (ExxonMobil) months to fixed it.

“What happened to Shell Petroleum Development Company (SPDC) crude oil export pipeline in Forcados is an example to all International Oil Companies, no repair works until the federal government heed to our demands.

“If ExxonMobil fails to listen to us (Niger Delta Avengers), your personnel are going to be our next casualties not pipelines”, the NDA said.