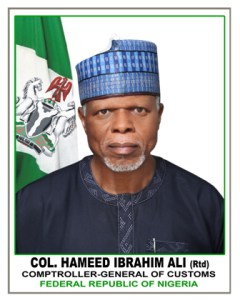 Seventeen (17) Junior Officers of the Nigeria Customs Service have been dismissed from the Service for offences ranging from drug addiction, certificate forgery, theft and absence from duty from January to September 2016.

The appointment of two other Officers have been terminated for absence from duty while one Officer was retired for drug addiction.

Investigations into offences committed by the Officers in the senior category are now being concluded. Officers found guilty are expected to face similar stiff penalties.

These disciplinary measures were taken after series of investigations and deliberations by the disciplinary committee and recommendations were made to the Management.

This process is a continuation of the reform agenda the Comptroller-General of Customs, Col. Hameed Ibrahim Ali (Rtd) promised upon his assumption of office which emphasized discipline, good conduct and transparency.

For: Comptroller-General of Customs

Charles Igbinidu is a Public Relations practitioner in Lagos, Nigeria
@https://twitter.com/ionigeria
Previous Buhari insist that his wife belongs to the kitchen
Next Oba of Benin: Crown Prince Eheneden to choose name on Tuesday