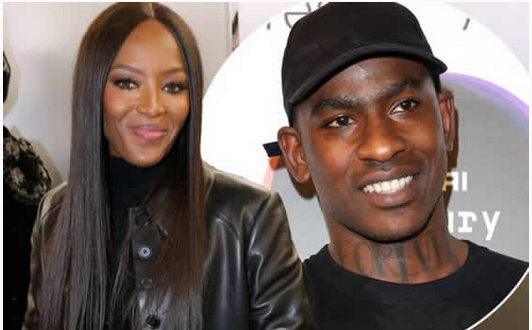 Spread the love
British supermodel, Naomi Campbell, has congratulated her British-Nigerian singer lover, Joseph Adenuga a.k.a Skepta, who has been honoured with a chieftaincy title in Ogun State.

Thirty-five-year-old Skepta, an award winning English grime artiste who is in a relationship with 47-year-old Naomi Campbell, was born in Tottenham, United Kingdom, to Nigerian parents.

Skepta thanked The Baale, the chiefs and the king of Ode Aje for honoring him with a chieftaincy title and also pledged to continue supporting Nigeria.

“I am honored and will continue to put time and love into Nigeria,” he said.

The artist also held a “homecoming” concert at the Federal Palace Hotel in Lagos.

Performers at the homecoming concert include Wizkid, Davido and their teams.

Meanwhile, Campbell, who was also in Lagos for the Arise Fashion Week has congratulated her beau on her verified Twitter handle. She wrote: @NaomiCampbell Congratulations Chief Joseph Olaitan Adenuga!

The model also joined Skepta on stage during the concert at the Federal Palace Hotel in Lagos.

While in Lagos, Skepta posted a picture of himself and British-Nigerian actor, John Boyega, on Instagram, hinting they could be working on a video together.

Boyega, who is currently in Nigeria for his first official press trip, shares similar traits with Skepta as both were born in the United Kingdom to British-Nigerian parents.