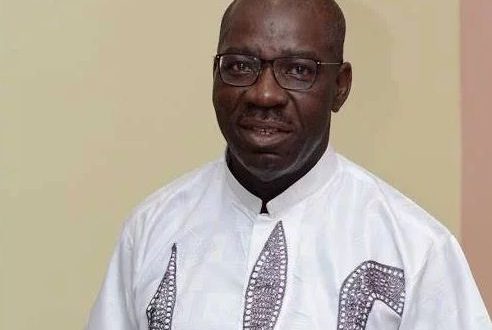 Name Those You Bribed For Your Reelection Ticket, Outgoing PDP NWC Dares Obaseki

The outgoing leadership of the Peoples Democratic Party (PDP) has challenged Governor Godwin Obaseki of Edo State to clarify the “tax collector” allegation against the Uche Secondus-led National Working Committee (NWC) by naming persons bribed to get the party’s governorship ticket in 2020.

The outgoing National Publicity Secretary of the PDP, Kola Ologbondiyan, spoke on the issue while addressing party members at the valedictory session of the outgoing NWC.

He said no member of the NWC collected bribe to make Obaseki the party’s candidate, calling on the governor to tell Nigerians and party members the processes that led to his nomination as governorship candidate of the party.

“Let me state without mincing words that the Governor of Edo State, Godwin Obaseki, owe the members of this NWC the responsibility of clearing our names before the public.

“I will like to place on record that this NWC did not demand for any form of gratification from Obaseki before he got the ticket of our party.

“It is also important to restate that this NWC did not demand for any form of ‘tax’ from Governor Obaseki neither did we collect same. He therefore owes it a duty to clear our names.”

Governor Nyesom Wike of Rivers State had prior to the Edo governorship election accused the party leadership of complicity in the nomination of Obaseki as the party’s candidate as the PDP granted a waiver to Obaseki and Philip Shuaibu, his deputy, to run on its platform.

“They are tax collectors. Let them challenge me and I will come out with more facts. Nobody will rubbish me by raising false accusations against me. I will fight back,” Wike was quoted to have said.

Ologbondiyan said the outgoing NWC did its best to reposition and rebuild the party and even reclaimed more states.

“Before the 2019 elections, we had already added three governors from Sokoto, Kwara, and Benue States. The Senate President and Speaker of the House of Representatives led a good number of their colleagues to team up with the party. The APC adopted a reckless maximum rigging to snatch Ekiti and Osun.”

“We rebuilt the party in content and character and this made it an attraction . We came out of the election with 17 Governors, the APC stole Imo State while three governors later left the party to pursue personal endeavours which was not as a result of NWC’s fault.

“The 2018 elective National Convention which produced our Presidential candidate was adjudged the best. It was keenly contested and not by consensus. At the end, none of the aspirants left the party.

“The NWC carried out reforms that stopped the use of Ghana Must Go to win nominations or tickets, restructured the workforce and adopted a smart approach. For many years, the party was unable to conduct online registration of its members. Today, we have our members registering online and our party has become digitally prepared ahead of any other party in our country.

Speaking during the valedictory session, Elder Yemi Akinwonmi, who acted as national chairman, appreciated members of the NWC for working as a team.

Speaking on behalf of the immediate past deputies, Hon Diran Odeyemi, the out-going Deputy National Publicity Secretary and Chairman Deputies Forum, charged the incoming National Chairman of the party, Senator Iyorcha Ayu, and his new team at the NWC to make elected deputy national officers more vibrant and useful in party administration by creating functional roles for them.

He said throughout the four years tenure, they were marginalised and “remained an unused extra tyre, redundant and useless”.

He charged the incoming chairman to amend constitution to create functional roles for deputies.

He also warned Ayu to be weary of banana peels, saying “my advise for incoming National Chairman, Sir please be just, fair and seek God’s guidance on issues that comes to your table”.

Charles Igbinidu is a Public Relations practitioner in Lagos, Nigeria
@https://twitter.com/ionigeria
Previous Saudi Arabia Bars Nigerian Flights Over Omicron
Next Nightmare for Chelsea as a late equaliser by Zenit Saint-Petersburg consigns them to second place in their Champions League group 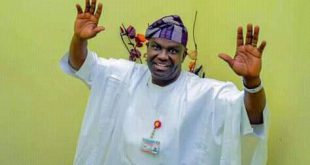