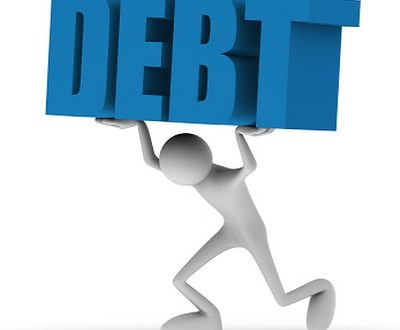 In a statement released on Sunday by Makinde’s media office on a recent publication by the Bureau of Statistics, which put Oyo States’ domestic debt at N115.9bn, Makinde said Ajimobi’s second term is plagued by an appetite for domestic debt and high recurrent expenditure, which may plunge Oyo State to into economic paralysis, if not checked.

The statement, quoting the Debt Management Office records, said Oyo State owed N4.8bn domestic debt in 2011 when Governor Ajimobi took over. This has increased by more than 2000 percent within five years, while external debt over the same period reduced by just 9 percent from $78m to $71m.

“The crave for domestic debt by this administration must be the worst in the history of our dear state,” Makinde said, “but what should worry any patriotic citizen of Oyo State is that the current debt value may have doubled by the end of 2017 because the government would have to borrow at least, approximately N100bn, to fund the 2017 budget over which we raised alarm some months ago due to the unrealistic targets and spending.”

He noted that debt is not particularly bad if borrowed fund is wisely channeled towards revenue-driving projects and infrastructure projects that yield economic productivity. “This is where the current administration failed woefully, always throwing money at problems without well thought-out solutions, impact and outcomes,” he said.

“My policy team has carried out a profile of Oyo State and we have come to the conclusion that the state – with a prime place in history, large arable land, presence of education and research centres – can become the most attractive place to live, visit and work in Nigeria. Our assessment also showed that the resources that have accrued to this administration were enough to steer the state in this direction.”

Makinde said the “danger that lies ahead for Oyo State” requires a more innovative solution under the guide of focused governance.

He, therefore, advised “ that the good people of Oyo State must be thoughtful in electing the next leadership which must be one with the vision and passion to turn around the fortune of the state. It is almost certain that the current government will leave Oyo State in a precarious state and it will be a grave mistake to support the continuity of such.”