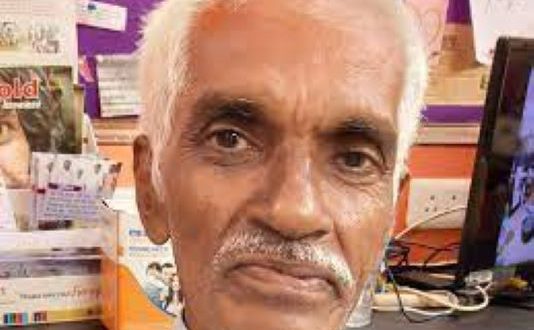 A MAN whose family believed he had died in a plane crash 45 years ago have been stunned to learn he is in fact alive as they prepare for an emotional reunion.

Sajid Thungal, now 70, left his hometown of Kottayam, India, back in 1974 to work in the Persian Gulf.

The then 22-year-old left behind his parents, four brothers and four sisters and began organising events in Abu Dhabi for singers and dancers from India.

But in October 1976, a troupe of performers Mr. Thungal had spent 10 days working with died in a plane crash.

All 95 passengers and crew onboard the Indian Airlines flight to Madras lost their lives when the plane crashed after one of its engines caught fire.

Mr. Thungal was feared dead by his family and, racked by grief and guilt, he did not contact his loved ones.

He then moved to Mumbai (formerly Bombay) in 1982 and has lived there ever since reports the National News.

“I didn’t get in touch with the family because I felt like a failure,” he said.

“I was meant to make my fortune in the Gulf and didn’t.

“Then I kept thinking I would make something of myself in Bombay and then contact everyone. But that didn’t happen either. In this way, 45 years passed.”

Two years ago, a friend found Mr. Thungal destitute and so ill he could barely walk and took him to a shelter.

He did not mention his family until just a few weeks ago, however.

But Pastor K M Philip, who runs the shelter, instructed for inquiries to be made at the mosque in Kottayam to see if his family still live in the area.

Miraculously, the imam knew Mr. Thungal’s family – who were shocked to find out he was indeed still alive.

“They were beyond shocked to hear he was alive. His father died long ago, but his mother is 91,” Pastor Philip told the outlet.

Mr. Thungal was able to have a video call with his family, but was so overcome with emotion he could barely speak.

“I want to go home. If the people here hadn’t looked after me, I would have died without being reunited with my family,” Mr. Thungal said.

His brother Mohammed Kunju is due to arrive in Mumbai on Wednesday to meet him and take him home.

Mr. Kunju said he and his siblings have never forgotten their brother, and he himself had flown to Abu Dhabi after the crash in hope of finding his sibling.

“I showed his photo everywhere but no one knew anything,” he said.

“Now that he is finally coming home, we aren’t going to let him out of our sights.”