A woman whose husband started visiting gay saunas just six months after their wedding, where he contracted HIV and infected her, has revealed how she forgave her husband.

Barbera Aimes, now 59, started feeling ill in the winter of 2011. At first, she thought the cold she came down with would blow over but she only got worse and nearly died. She later learned her husband John Aimes, 55, had been visiting gay saunas throughout their marriage and had contracted HIV from an unknown man.

The woman from Boulder, Colorado, USA, now takes responsibility for her husband’s infidelity. 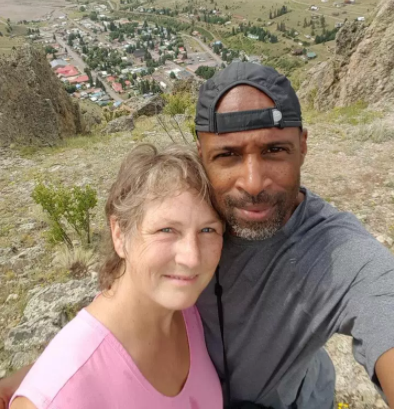 “It’s not uncommon for straight men to go to a gay bathhouse. He loved the attention. He was not getting anything from me,” she admitted.

She said they had sex during this period, but it was “perfunctory” and “as a good looking man” he wanted approval from elsewhere.

“I want people to look at their own relationships and see how they are reacting to problems unconsciously,” she continued.

“He said he would go to the bath-house and come back and feel icky and awful. Like an alcoholic. You go to get your happy on but afterwards you get an awful hangover.” 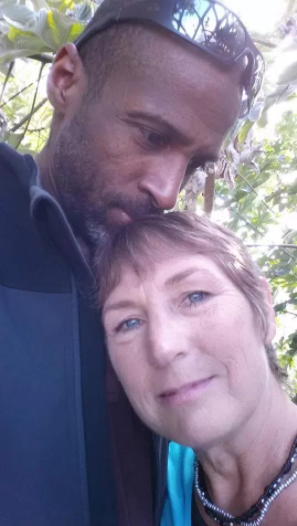 Barbara said John confessed that he had been seeing other men and his first illicit encounter was just six months after they wed. In spite of this, Barbara and John are still together and happier than ever.

Barbara now sees the entire situation as a “gift” and admitted she was partly responsible for what happened.

She said: “I don’t take responsibility for what he did, but I do take responsibly for my part in the dysfunction of the relationship.”

She explained: “It was right around Thanksgiving I got this cold, I kept feeling more and more tired and bedraggled. I finally went to the doctor. She took me to the hospital because she said my white blood cell count was off the charts, I don’t know if it was low or high.”

At Boulder Community Hospital medics ran tests but “couldn’t come up with anything” so she was discharged. But her condition worsened. She was always so tired and would throw up all the time. At the same hospital where she had been initially treated doctors realized her adrenal glands had failed. Further tests were run and it emerged she was suffering from full-blown Aids.

On hearing this news, Barbera, who married John in 1994, exactly two years after they met at Fourth of July celebrations in Boulder Creek, thought she “had bought Aids into the marriage.”

She said: “Long before I married John, in the 1980s, I was experimenting with drugs. I was a punk rock crazy person. I thought it was me. The doctors were saying, ‘it doesn’t last that long in your system.’ But I still thought it.”

Her husband was tested and he too was suffering from the illness. This threatened their relationship and they were heading for divorce. But in January 2013, Barbara wrote a letter to John where she told him of her true feelings. She told him she didn’t feel connected to him, and he responded and confessed what he had been doing. He told her he had been having sex with men.

This angered her but, beneath the anger, she got a taste of the old John that she had married.

She continued: “He was raw. He was really him, there was no defences, no blaming, no guilt. He was just him. He was beyond sorry. Can you imagine the courage it took for him to tell me that? We were on the way to divorce. Most men would have just divorced. We were about to get divorced before truthgate erupted. We were lawyering up.

“For the first time I saw this guy, he was the guy I married. He was so contrite He was like a guy waking up from a horrible nightmare.”

Barbara decided to stay with John and after intensive therapy, they are happy. Barbara is telling her story with John’s permission.

“My purpose in going public with this story is to help people move their circumstances, and see it as a gift,” she said.

“We all have these circumstances. I see it as a gift. I’ve even coined a turn for it. I call it a supernova moment. When we shift the way we look at things, we really come into our own power.”

Forgiving him would help her live better. ….. Your comment will be visible after approval

This is amazing. This woman may not be a christian, but she has achieved what many of us can’t after decades of christian life – forgiveness. We know we must forgive unreservedly, but find it very hard to. When we forgive, we are freed, liberated. I hope all medical advances in HIV treatment will be available to them, and the Almighty spares their lives. Love.