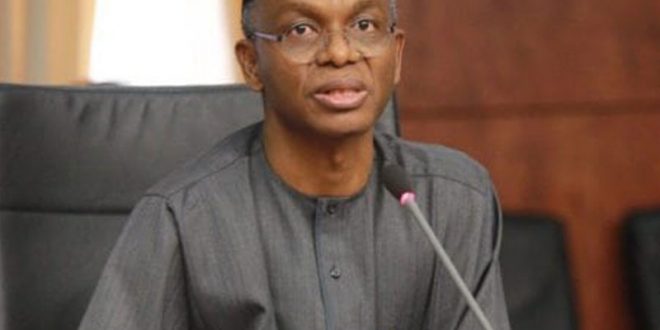 My government is installing CCTVs in Southern Kaduna- Governor El-Rufai

As part of measures to tackle the killings in Southern Kaduna, the state governor, Nasir El-Rufai, has announced that his government has awarded a contract for CCTV’s to be installed in the local governments that have been affected by the killings.

Governor El-Rufai announced this in a statement released after meeting with the President of the Christian Association of Nigeria, Revd. Supo Ayokunle, and other CAN leaders in Kaduna on Monday, August 17.

The statement in part reads

”Since last month, the state government and security agencies have been working to contain an upsurge in violence and needless killings in parts of the state. We are deeply saddened by the loss of lives in a totally unnecessary frenzy of communal attacks, reprisals and revenge.

While we mourn the dead, our immediate focus remains to stop the cycle of attacks and reprisals. We remain committed to ending the legacy of violence that has blighted the state for 40 years, needlessly taken many lives and curtailed the life chances of others.

We are also addressing the technology side of security, through the procurement of drones, the award of contracts to install CCTVs in phases in Kaduna, Kafanchan and Zaria metropolitan areas, build a command and control centre and establish a forensic laboratory.”

Charles Igbinidu is a Public Relations practitioner in Lagos, Nigeria
@https://twitter.com/ionigeria
Previous Marks & Spencer to cut 7,000 jobs over the next three months due to COVID-19 pandemic
Next After 5 Years Of Marriage Lagos Couple Gives Birth To Quadruplets