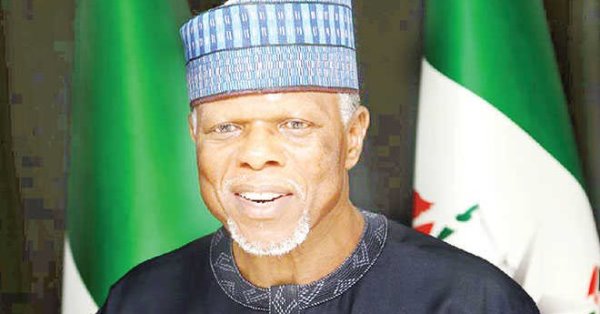 You must appear before us in Customs Uniform, Senates tells Hameed Ali

The Senate has insisted that the Comptroller-General of Nigerian Customs Service, Hameed Ali must appear before it unfailingly in Customs uniform on Wednesday.

The Senate rejected the letter of the C-G informing the lawmakers about his inability to appear before them on Wednesday.

The Customs Boss said that he would be unable to come at the date of the invitation clashed with the weekly management meeting of the Customs Service.

In the letter dated 10th of March, 2017 and read by the Clerk to the Senate, Ali requested that a new date be given to enable him honour the invitation.

The document was signed by Azarema A., Assistant Comptroller General of Customs.

The upper legislative chamber had on the 9th of March, summoned the Customs CG to provide explanation on his planned retrospective policy on import duties on cars across the country.

However, the legislative body turned down the excuse of the CG which they consider to be too lame; insisting that he must show up as scheduled.

The lawmakers were even more slighted by the fact that the CG did not deem it important to write and sign the letter instead of allowing a subordinate in his office reply the Senate.

Efforts by Senate Leader, Ahmed Lawan to pacify his colleagues to oblige the request failed, as he was booed by lawmakers.

He was, however, countered by James Manager (PDP, Delta South) who said the integrity of the hallowed chamber was being tested.