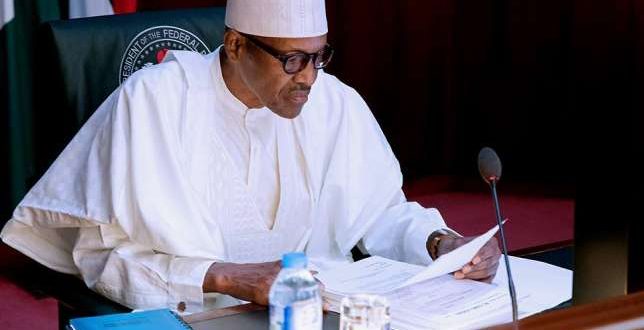 The Muslim Rights Concern (MURIC) has asked President Buhari not to grant the request of the Christian Association of Nigeria (CAN) for him to intervene in the death sentence passed on five Christian youth in Adamawa state.

CAN’s president, Samson Ayokunle, in a statement released on Tuesday, asked President Buhari to intervene in the death sentence. Ayokunle in his letter to President Buhari, argued that “hundreds of our members in southern Kaduna, Benue, Taraba and Plateau states in the north-central geo-political zones, and a state like Enugu in the south, have been killed.

Reacting to CAN’s request, MURIC’s director, Ishaq Akintola, described CAN’s action as an attempt to obstruct the course of justice. A part of Akintola’s statement reads in part

“Can you see what acrobatic religiousity has done to Nigeria? What will happen if Muslim leaders also use their influence (and that is if they have any) to secure freedom for Muslims who commit murder? How can we find any solution to these killings?. Our own stand is that whoever commits an offence, whether he is a Muslim or a Christian, should be punished in order to serve as a deterrent to others. Let the law take its due course. Sentence Muslims to death if they kill. Sentence Christians to death if they kill.

There are criminals among Muslims and there are criminals among Christians but for any religious leader to seek immunity for criminals in his flock makes mockery of the judicial system. We are all looking for an end to killings in this country. People are just being killed like rams everywhere. It is therefore shocking to hear a group which claims to be holier-than-thou attempting to shelter killers because they happen to belong to the same faith. Interestingly, CAN has been in the forefront of those complaining. The umbrella Christian body was pointing accusing fingers at Fulani herdsmen and Muslims but the outcome of investigations now prove otherwise.”

The group urged the president to ignore CAN’s request for freedom for the “killers”.