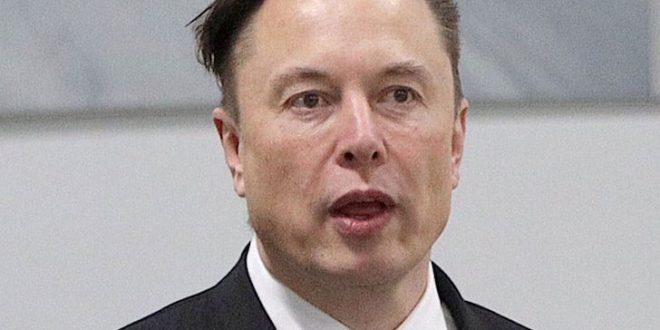 Elon Musk sent Twitter’s stock on a rollercoaster ride early Friday as he claimed that his $44 billion deal to take over the site was “temporarily on hold” — then insisted hours later that he was “still committed” to the buyout.

“Twitter deal temporarily on hold pending details supporting calculation that spam/fake accounts do indeed represent less than 5% of users,” the Tesla CEO said in an early Friday tweet at 5:44 a.m.

Twitter’s stock then dipped more than 25% to as low as $33.79 in pre-market trading — far below Musk’s marijuana-themed purchase price of $54.20, indicating investors were betting the deal wouldn’t go through.

Then at 7:50 a.m., Musk posted a follow-up tweet saying that he was “Still committed to acquisition.”

Twitter’s shares erased some of their losses and were hovering around $40 shortly before markets were set to open on Friday morning. That’s still about 11% lower than where they closed on Thursday.

After the first tweet, Wedbush Securities analyst Dan Ives estimated that Wall Street investors now see a less than 50% chance that the deal closes. He added that Musk’s tweet amounted to a “Twitter circus show” since Wall Street is liable to view this deal as “likely falling apart” or “Musk negotiating for a lower deal price.”

Ives said Musk could be trying to rearrange the financing of the deal so he doesn’t have to be relying on leveraged shares of his electric car company, Tesla. Concerns about Musk’s Twitter takeover and a broader tech sell-off have sent Tesla shares plummeting 29% over the past month.

Alternatively, Ives said, Musk could simply walk away from the deal and pay a $1 billion breakup fee.

“Many will view this as Musk using this Twitter filing/spam accounts as a way to get out of this deal in a vastly changing market,” he said.

In Musk’s initial tweet, the billionaire included a link to a May 2 Reuters article quoting Twitter’s a Twitter regulatory filing.

“Twitter Inc estimated in a filing on Monday that false or spam accounts represented fewer than 5% of its monetizable daily active users during the first quarter,” the Reuters article said.

Musk has said that cracking down on spam accounts and bots will be one of his top priorities for Twitter if the deal goes through.

Investors have had to weigh legal troubles for Musk, as well as the possibility that acquiring the platform could be a distraction from running the world’s most valuable automaker.

On Thursday, Twitter said the company was pausing most hiring except for business-critical roles, adding in a statement that “we are pulling back on non-labor costs to ensure we are being responsible and efficient.”

In a memo sent to staffers and confirmed by Twitter, CEO Parag Agrawal said the company has not hit growth and revenue milestones after the company began to invest “aggressively” to expand its user base and revenue.

Musk slammed on the brakes a day after two Twitter honchos were fired.

Kayvon Beykpour, the company’s general manager, and Bruce Falck, Twitter’s head of revenue, announced that they were let go by Agrawal, who circulated a memo to employees Thursday announcing the departures.

Jay Sullivan, the head of consumer product, will take over Beykpour’s position.

Twitter has been thrown into turmoil since the company’s board of directors announced last month that it had accepted Musk’s $44 billion buyout offer.

He has said he intends to buy out shareholders and take the company private.

Musk has vowed to revamp the company’s content moderation policies that have resulted in bans on controversial figures, many of them on the political right.

Twitter has been fearful that employees could resign en masse ahead of Musk’s planned takeover, according to a regulatory filing that was submitted this week

He stressed Thursday on Twitter that he does not back Trump as a presidential candidate.

“Even though I think a less divisive candidate would be better in 2024, I still think Trump should be restored to Twitter,” he wrote.

The former president has said he does not want to return to Twitter, but instead wants to build up his own Truth Social platform.

He was banned from Twitter permanently in January 2021 because of the “risk of further incitement of violence” following the storming of the US Capitol, the company said then.

Trump is said to be considering another run for the White House in 2024.

Charles Igbinidu is a Public Relations practitioner in Lagos, Nigeria
@https://twitter.com/ionigeria
Previous Cristiano Ronaldo breaks silence on Erik ten Hag says he will “need time” to be successful at Old Trafford
Next Putin warns Finland has ‘made a mistake’ after country’s president tells him they WILL join NATO