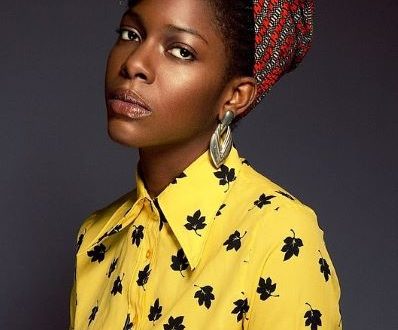 A jazz singer born in Britain to Nigerian parents is facing deportation because of a little-known change to British Home Office legislation.

Although born in the United Kingdom, rising music star Bumi Thomas was shocked to be told she is in Britain illegally, despite having lived there for most of her life.

She now faces being sent to Nigeria, even though her work, family and social life are all in Britain.

Ms Thomas was born in Glasgow in June 1983 to parents who had come from Nigeria in the early 1970s.

The singer’s parents should have registered her under the Act but were unaware they needed to do so. Her plight is harder to bear because her elder sister Kemi, with whom she lives in East London, has always been a British citizen as she was born before the changes to the Act. Ms. Thomas believes she is a victim of the Home Office becoming over-zealous after then Home Secretary Theresa May introduced a ‘hostile environment’ towards illegal migrants in 2012.

The policy resulted in the Windrush scandal, which saw dozens of long-standing British citizens deported because they lacked papers proving their right to be in the country.

Ms Thomas, 36, who has performed on the BBC, said: ‘My parents came here at the end of the Windrush era.

‘I had a National Insurance number, I had my birth certificate, I’d got a driving licence, a bank account, I went to college. At no point during that process was there any indication I was doing anything incorrectly. I believe that I am British.’

Although she was born in Scotland, Ms. Thomas lived with her father in Nigeria between the ages of three and 18. She thought she had dual British-Nigerian nationality when she returned to Britain. She applied for a UK passport when she was 25 but she was refused. She was granted temporary discretionary leave to remain and told she could apply for permanent residency.

But two weeks ago, Ms. Thomas received a letter saying her application had been unsuccessful, and that she had to leave within 14 days or appeal, or face detention and deportation without notice.

The letter revealed her right to remain had been granted only because she had been in a long-term relationship with a British citizen. It went on to explain that her right was withdrawn after she told the Home Office that the relationship had ended.

She said: ‘I thought it was about my own situation having been born here and spent all my adult life here, but they weren’t interested in that.’

She has chosen to appeal on human rights grounds and her case has been taken up by Liberal Democrat peer Lord Roberts, who intends to bring up her case with a Home Office Minister. But Ms. Thomas remains in limbo as her case could take up to eight months to reach its conclusion. Her US performing debut at the Ford Theatre in Los Angeles in October is now in doubt and she estimates that fighting her case so far has cost £7,000 in legal fees.

Ms. Thomas’s lawyer, Fahad Ahmed, said she missed out on automatic citizenship by a matter of months and added: ‘Courts take a less harsh view than the Home Office, and if someone can prove their life is here, the courts will use their discretion.’

The Home Office said: ‘All immigration applications are considered on their individual merits.’

Charles Igbinidu is a Public Relations practitioner in Lagos, Nigeria
@https://twitter.com/ionigeria
Previous Woman charged for manslaughter of her own unborn baby for starting a fight that led to baby’s death
Next iPhone designer Jony Ive to leave Apple