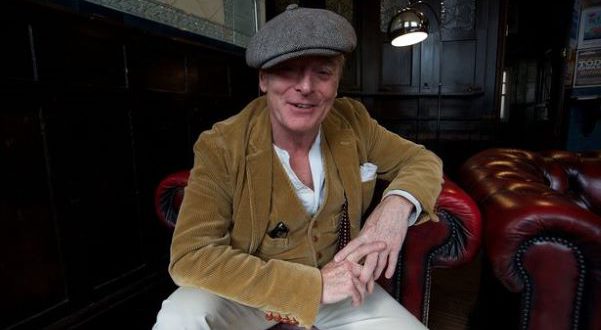 The musician died at his home in Moseley, Birmingham, surrounded by his family on August 22 after a “long and heroic” battle with cancer, a statement from the band confirmed on Monday.

A statement from the band to the PA news agency said: “It is with great sadness that we announce the passing of our comrade, brother, founding UB40 member and musical legend, Brian David Travers.

“Brian passed away yesterday evening after a long and heroic battle with cancer.

“Our thoughts are with Brian’s wife Lesley, his daughter Lisa and son Jamie.

“We are all devastated by this news and ask that you respect the family’s need for privacy at this time.”

Brian formed UB40 in Birmingham in 1978, with the name coming from a form issued to people claiming unemployment benefits at the time.

UB40, which produced hits including Red Red Wine and Falling In Love With You, has sold 100 million albums worldwide.

They have scored more than 40 top 40 songs in the UK and are one of the country’s most successful bands.

The reggae band grew to fame with hits such as Red Red Wine, Kingston Town and Can’t Help Falling in Love.

Brian’s last performance with UB40 took place at a concert in December 2019 held at the Arena Birmingham.

The much-loved Sax player revealed he was facing a second brain tumour operation in two years after suffering a seizure before Christmas of last year.

He was taken to hospital before being told he had a tumour at the back of his head.

The music star was first diagnosed shortly after his 60th birthday in February 2019 and had a double tumour removed on March 28.

Following his most recent hospitalisation, Brian admitted that he had ‘no fears’ about his second operation.

The musician told Birmigham Live: “I’ve been in lockdown since I was first taken ill but I have no fears about a second operation.

“After the first operation I was given a cup of tea and then told I was OK to go home.

“The surgeon who did my first operation is currently away, so I’ve been examined by one of the female doctors who helped to save Malala [Yousafzai] after the schoolgirl was shot in the head in Pakistan.

“What can go wrong when I’m in the hands of those who saved Malala.”

Brian was one of the first founding members of the chart-topping band and their music paved the way for a different and fresh genre that changed the British charts forever.