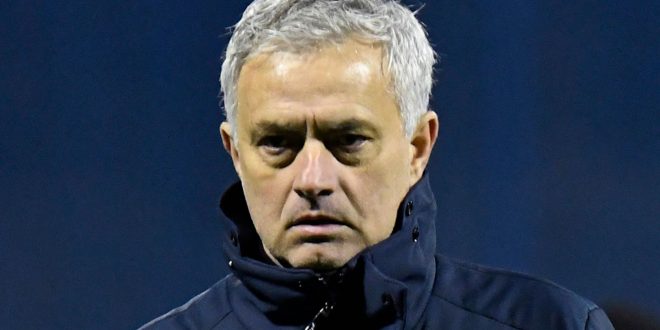 Everton are looking for a new manager and several big names have already been linked with the club. Now, in addition to Roberto Martinez, Wayne Rooney, Frank Lampard and Graham Potter, the Toffees are now said to be considering Jose Mourinho.

The Portuguese coach is currently in charge at Roma, so it would be difficult to prize him away from his current employer.

However, Sky Sports are reporting that Everton‘s directors are studying the possibility of bringing Mourinho back to the Premier League, after his previous spells at Chelsea, Manchester United and Tottenham.

The news was broken on Sky Sports by transfers expert Kaveh Solhekol on Tuesday afternoon.

“You can see why certain people at Everton would be attracted to appointing somebody like Jose Mourinho,” he explained.

“I’m not sure everybody at Everton, the people who run the club on a day-to-day basis, would want a manager like Jose Mourinho, but then there could possibly be other people, for instance the owner, who’d want a big name like Jose Mourinho.”

Charles Igbinidu is a Public Relations practitioner in Lagos, Nigeria
@https://twitter.com/ionigeria
Previous Family Feud: Davido Slams Cousin Over Plan To Contest Against Uncle In Osun Elelction
Next World’s oldest man dies less than a month short of his 113th birthday