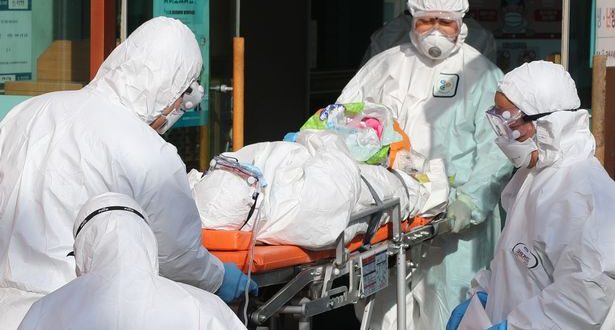 There has not been satisfactory answers to the question by many Nigerians on whether a cured coronavirus patient could be re-infested. However, the Korea Center for Disease Control and Prevention has said that 51 people from Daegu in South Korea and the surrounding North Gyeongsang Province tested positive after being released from quarantine

More than 50 people who were treated for coronavirus have tested positive again.

The 51 patients, all from the South Korean city of Daegu and the surrounding province of North Gyeongsang, tested positive after being released from quarantine.

Health authorities said on Monday that the results may be due to the reactivation of the novel coronavirus.

The Korea Centers for Disease Control’s (KCDC) Director-General Jeong Eun-kyeong said the virus was highly likely to have been reactivated, rather than people being reinfected.

He said this was because all of the infected tested positive so shortly after leaving quarantine.

Health authorities said a team of investigators has been sent to Daegu to carry out an investigation into the cases.

Other virologists and epidemiologists said the positive results from the retesting could have come from the virus reactivating and not from wrong diagnoses.

Jegal Dong-wook, an infectious disease expert at the Catholic University of Korea, said: “There is a pattern of the viral level decreasing and increasing again.

“An investigation should be thoroughly conducted into whether the level was low enough to show as negative.”

Experts believe the Covid-19 virus could remain latent in certain cells in the body, attacking the respiratory organs again once reactivated.

“Patients who retested positive are people in which the virus was reactivated or who relapsed,” said Kim Tae-kyung, infectious disease expert at Soonchunhyang University Hospital.