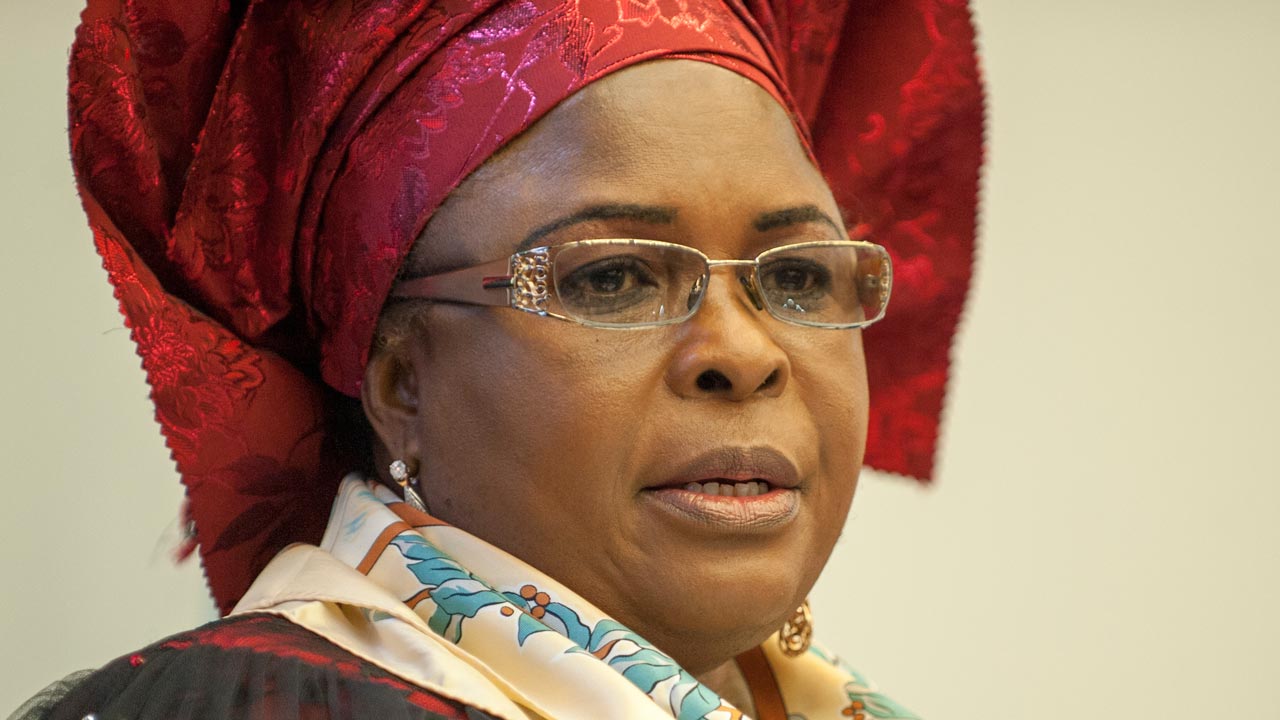 Money in my accounts for medical bills, others, says Patience Jonathan

Dame Patience Jonathan, the wife of former President Goodluck Jonathan, said she was using her $15m, which was frozen in four companies’ accounts, to settle medical bills while she was out of the country.

She, therefore, urged the Economic and Financial Crimes Commission and Skye Bank to lift the restriction on the accounts.

Patience said this in a letter with reference number GA/Abibo/00226/2016, written by her lawyers, Granville Abibo (SAN) and Co, which was addressed to the Acting Chairman of the EFCC, Mr. Ibrahim Magu.

A houseboy, a driver and other domestic workers of a former Special Adviser on Domestic Affairs to Jonathan, Waripamowei Dudafa, were named as directors, but Patience’s $15m was lodged in the accounts and she was given a platinum card and exclusive access to the accounts.

The letter read in part, “It is noteworthy to emphasise that the said accounts, which were in US dollar denomination, were card-based accounts and our client is the sole signatory to these accounts.

“However, our client has been operating the said accounts using the cards for her medical bill payments and purchases for her private purposes without any let or hindrance.

“Our client was therefore surprised when the said cards stop functioning on July 7, 2016, or thereabout. Our client immediately, thereupon, contacted Skye Bank Plc through our solicitors.

‘‘It was only then that the bank officials informed our client that the said accounts were placed on a ‘No Debit Order’ following investigations and instruction from your commission and this is without notice to our client by either the bank or the commission.

“It is in the light of the foregoing that we urge you to use your good offices to vacate the ‘No Debit/Freezing Order’ placed on the said accounts.”

Patience, who described herself as a law-abiding citizen, said despite all the explanations she offered to the Lagos Zonal Office of the EFCC, the detectives in charge refused to heed her request.

She added, “Despite the foregoing, our client, who is a law-abiding citizen, has watched with surprise how efforts are being made surreptitiously to indirectly harass or harangue her and short-change her of her personal funds in breach of her fundamental human rights.

“We urge you sir, to kindly intervene to stop the untoward and wrongful actions of your officials to embarrass, inconvenience and short-change our client.”

However, a detective in the EFCC said, “We got a relevant court order to freeze those accounts and we have evidence which we will present in court on Friday.

“We did not know that the accounts belonged to Patience Jonathan at the time we froze them. The accounts do not bear her name neither do they carry her BVN (Bank Verification Number). So, how can she accuse us of harassment?

“She has a separate account in Skye Bank with the title ‘Patience Jonathan’, which has a balance of $5m. If she claims she needs money for medical treatment, then the $5m should be alright.”

In a thanksgiving service held at the State House chapel in Abuja on February 18, 2013, Patience had said she underwent seven surgical operations within one month in Germany, adding that the doctors had given up hope on her survival.

She had stated, “I remember when Chief Obasanjo was the President of the country, I was close to his late wife, Stella. We worshiped together in this chapel. It was a painful moment for me that time when she (Stella) died and her corpse was brought here.

“That was how my corpse would have been brought here.

‘‘It was not an easy experience for me. I actually died, I passed out for more than a week. My intestine and tummy were opened.

“I am not Lazarus but my experience was similar to his. My doctors said all hope was lost.’’

$15m in my accounts for medical bills, others, says Patience

Charles Igbinidu is a Public Relations practitioner in Lagos, Nigeria
@https://twitter.com/ionigeria
Previous 5 reasons the hottest girls in Lagos are still single
Next Return Nigeria to how you met it and quit, PDP tells Buhari