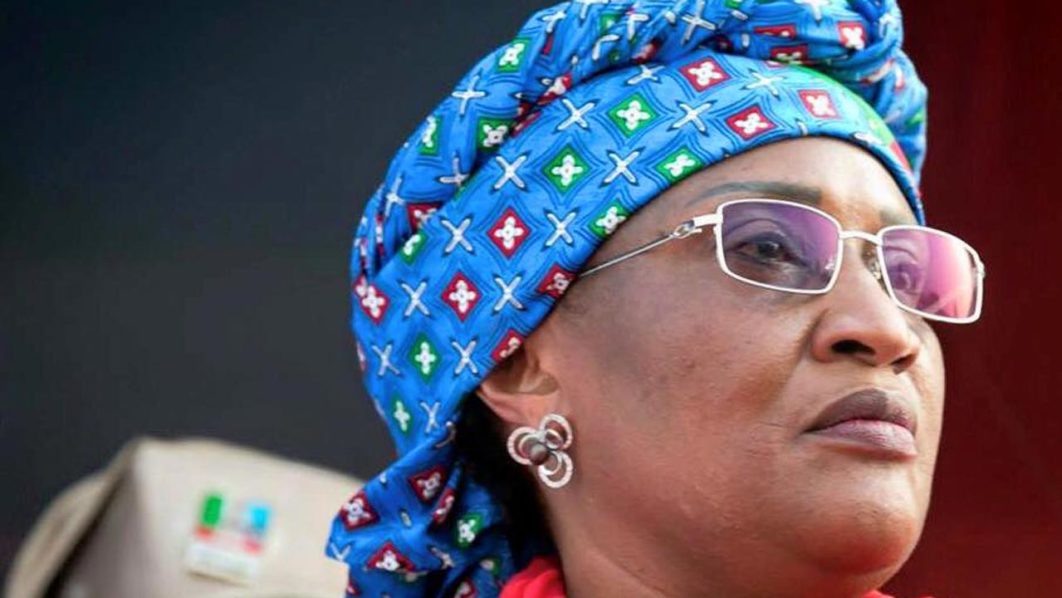 She was inside the camp’s store to inspect foodstuff and other items supplied by the Federal Government.

There was a mild drama as her aides engaged journalists in a physical combat to avoid taking pictures of the incident.

An aide of the minister who ordered them out of the store smashed recorders of some reporters.

While addressing the IDPs earlier, the minister said that she visited the camp on the directive of President Muhammadu Buhari to investigate the allegations of rape and children abuse in camps in the Northeast.

Hassan urged the IDPs to believe the present government and that very soon they would be back to their ancestral homes.

The minister who also presented assorted items to the IDPs said that government was working hard to rebuild the region and that the administration would continue to provide people-friendly projects to Nigerians.

She had earlier visited Governor Mohammed Umar Bindow, who urged to return the Women Development Centre occupied at present by the Appeal Court to the real owners.

Bindow promised the minister that he would urgently find a solution to the issue.

He commended Buhari for his zeal in rebuilding the Northeast and improving the living standard of women in the state.