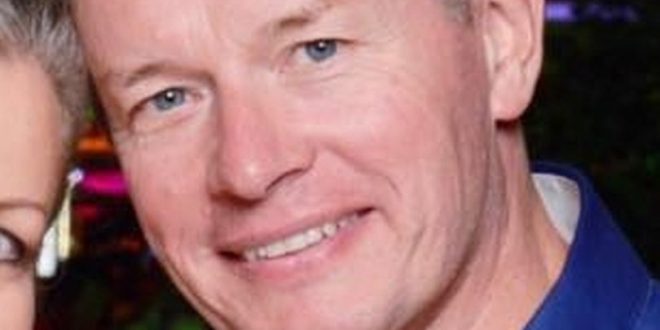 Millionaire MoneySupermarket.com co-founder Richard Mason had no idea he wasn’t the boys’ biological dad until he was diagnosed with cystic fibrosis

A devoted dad has discovered the three sons he had raised for more than 20 years were not his when doctors told him he had been infertile since birth.

Now Richard Mason’s ex-wife has been ordered to pay him £250,000 but allowed her to keep the identity of the real father a secret.

Devastated Mr Mason had no idea he wasn’t the boys’ biological dad until two years ago when he was diagnosed with cystic fibrosis.

The inherited disease prevents male sufferers from fathering children naturally and DNA tests confirmed beyond doubt that he had no biological link to his eldest son, now 23, and his 19-year-old twins.

Mr Mason believes that the same man fathered all three boys during an on/off four-year affair his wife Kate, 54, embarked on in the late 1990s.

But she only confessed to the adultery in 2016, ten years on from their divorce, when he confronted her about the children’s paternity.

It is not known if Mrs Mason’s former lover is aware he is the real father.

The case, reported in the Mail on Sunday today, came to light when Mr Mason launched a legal bid to claw back some of the £4 million divorce settlement his wife received, as well as suing her for paternity fraud.

As a result, two of the boys have since broken off contact with him.

Last night, Mr Mason, 55, a co-founder of internet comparison site MoneySupermarket.com, said that discovering the boys were not his own left his life in pieces.

His solicitor Roger Terrell said: “We understand that it’s a legal first because there has never been a divorce financial settlement set aside in such emotive circumstances.”