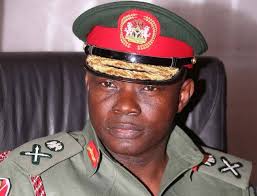 Nigeria’s Defence Headquarters has denied a trending story in the social media that the military has retired or replaced some service chiefs.

The military raised the alarm on Monday that a false story was going round on the social media claiming that some service chiefs have been retired and replaced.

He added that the service chiefs are still discharging their official responsibilities.

General Rabe said: “It is disturbing and embarrassing the cooked up stories going round in the social media.

“There is no iota of truth in the misleading information. We ask the public to ignore the report as baseless and unfounded,” he concluded.

Some of the media even claimed that the Minister of Defence, Brig.- Gen. Mansur Dan-Ali (rtd), had since sent letters to the Service Chiefs, wherein they were directed to handover on or before Friday, December 16.

The media further speculated that Olonisakin and Ibas’ disengagements were based on their attaining the official years of retirement from the military.