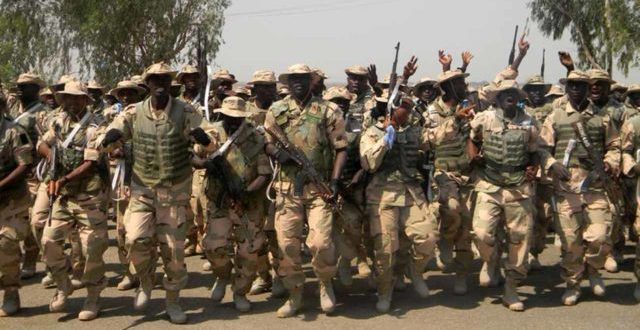 The Nigerian Army would soon introduce a new security operation with the code name: “Crocodile smile’’ in Ogun State.

The strategy, according to the Brigade Commander of 35 Artillery Brigade, Alamala, Abeokuta, Basil Adoke would be aimed at addressing security challenges in the state and its environs‎.

The Army boss who spoke at a reception, organised by the state government as part of activities marking 57th Independent Anniversary yesterday, said the action would be in place in the next couple of days across the state and environs as a step up tempo targeted at miscreants.

His words: “We are going to start crocodile smile in Ogun State. It is a scale of exercise to step up tempo targeted on miscreants.”

Adoke, however, urged residents not to entertain any fear when the operation starts, stressing that some miscreants have been identified and needed to be flushed out.

He said: “Though, the state is said to be peaceful but we still have some miscreants to be dealt with, so when you see crocodile smile, don’t be scared.”

He explained that the security strategy would be a replica of “operation python dance” introduced in Abia State to silence criminals in the state and its environs.

Governor Ibikunle Amosun commended the efforts of the various security agencies in the state and pledged his administration’s continued support to them, stressing that no criminal would be allowed to operate freely in the state.

Amosun expressed optimism that the country would conquer all the problems confronting it, stressing that it is a phase in life.

He said, anybody or group that would divide the country should not be allowed and called on all Nigerians to remain united.