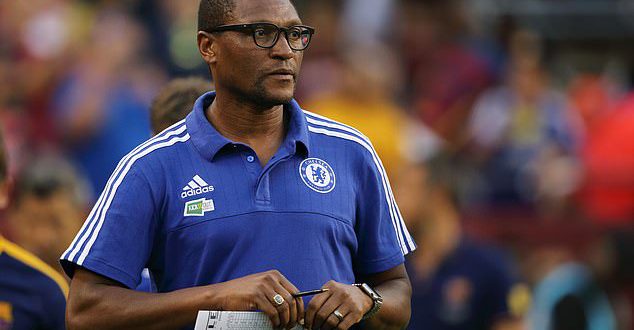 Michael Emenalo has emerged as the leading candidate for a Director of Football role at Newcastle United.

The new Saudi-backed ownership are looking to transform the club’s structure on the footballing side of the business, and are looking into creating the position.

Ajax’s Marc Overmars had also been heavily linked with the role, as had Frank McParland who had previously worked with Liverpool and Rangers.

However, according to the Telegraph, it is the former Chelsea chief who now looks the favourite to take up the vacancy.

Emenalo built a stellar reputation within the game during his time at Chelsea, and harnessed the club’s ability to create youth academy products to great success.

He was also responsible for bringing in the likes of Kevin De Bruyne and Romelu Luakaku while at Stamford Bridge.

Newcastle confirmed the appointment of Eddie Howe as their new head coach on Monday afternoon, The former Bournemouth manager has signed a contract until 2024.

And according to the same outlet, it is understood that Emenalo is a fan of Howe’s approach and practices.

Emenalo’s last role in football came at Monaco in Ligue 1, although it was not the easiest of periods.

Arriving after the club had secured the title in 2017, he lasted two years during a period which saw the prinicipality outfit sell a number of key assets, including Kylian Mbappe.