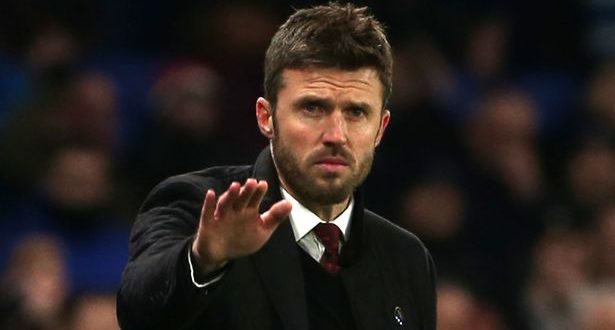 Manchester United have confirmed that caretaker manager Michael Carrick will remain in charge for their match against Arsenal.

The Red Devils welcome the Gunners to Old Trafford on Thursday in the Premier League.

United had hoped that new interim boss Ralf Rangnick would be able to be in the dugout but the acclaimed German coach has been made to wait on a work permit.

The 63-year-old was appointed on Monday and will be in charge until the end of the season, before taking up a consultancy role, helping the Red Devils to select their next permanent manager.

Carrick has overseen two matches are caretaker, the latest being a 1-1 draw with Chelsea at Stamford Bridge on Sunday, following a 2-0 victory over Villarreal which sent United into the Champions League knockout stages.

The former Old Trafford midfielder is expected to stick around once Rangnick has his feet under the table but his coaching setup has not been confirmed.

“You can get ideas across pretty quickly,” the 40-year-old said ahead of the trip to Chelsea.

“I think history shows that. Sometimes it’s not just the ideas but just a different voice, maybe, or a freshness. History proves that, for whatever reason.

“Again, looking back at history, sometimes it works really well, sometimes not so well, that’s just the nature of life.”

Rangnick will be eager to officially get going and could actually be in charge when his new side face Crystal Palace at Old Trafford on Sunday.

“I am excited to be joining Manchester United and focused on making this a successful season for the club,” he stated upon his announcement.

“The squad is full of talent and has a great balance of youth and experience.

“All my efforts for the next six months will be on helping these players fulfil their potential, both individually and, most importantly, as a team.