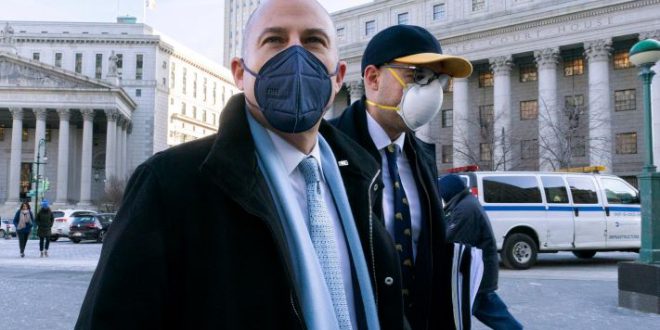 Michael Avenatti has been found guilty of charges of wire fraud and aggravated identity theft for bilking a former client, adult film star Stormy Daniels, out of nearly $300,000 in book proceeds.

The jury spent about 15 and a half hours deliberating before returning the verdict on Friday afternoon. The wire fraud charge carries a maximum penalty of 20 years in prison, while the aggravated identity theft charge carries a mandatory term of imprisonment of two years.

Avenatti – who stared straight ahead as his fate was read – was subsequently ordered to surrender to federal court officials in California no later than 5 p.m. on Monday. His sentencing date was scheduled for May 24.

“I’m very disappointed,” he said briefly after the verdict was read. “I look forward to a full adjudication of all the issues. Thank you.”

Clark Brewster, who represents Daniels was reported by Fox News as saying that his client was “relieved this nightmare is over.”

“The text communications between Stormy and Mr. Avenatti in real-time was overwhelming proof of his deceit and embezzlement. The forgery of her name and his concealed directive to wire the money to him was irrefutable,” Brewster said. “Still, Mr Avenatti possessed the uncanny ability to steadfastly deny the crimes and persuade others he was entitled to the embezzled funds. Stormy is pleased that the justice system worked.”

Jurors had indicated turmoil behind the scenes. In a note sent to the court on Friday, the jury foreperson told U.S. District Judge Jesse M. Furman that one juror was “not going on evidence” but was basing her conclusions instead on “all emotions.”

Avenatti immediately requested the judge declare a mistrial. Instead, Furman told the jury that it must follow its pledge to base any decision on the evidence.

Earlier on Friday, Furman declined Avenatti’s previous motion for mistrial, which the attorney had filed after Daniels had appeared for an interview with a news broadcast that morning.

And on Thursday, jurors sent a note that they were unable to come to a consensus on the wire fraud charge. Furman instructed them to continue their deliberations, reminding the jurors of the commitment they made to work toward a verdict.

After the jury resumed deliberations on Thursday, Avenatti told reporters: “The case isn’t as clear-cut as the government wants everybody to believe.” 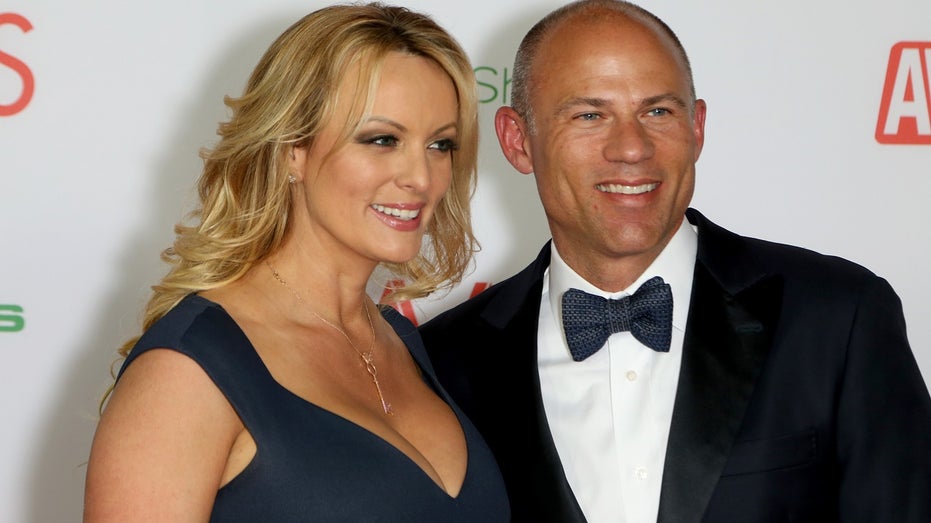 Avenatti was accused of pocketing nearly $300,000 from adult Daniels’ $800,000 advance for her autobiography, “Full Disclosure,” in 2018. Prosecutors said Avenatti used a fake document to make it appear as though Daniels approved of her book proceeds going into a bank account controlled by him.

Daniels and Avenatti were a team in 2018 as he represented her in lawsuits against former President Trump. She hired him in her bid to speak publicly about claims of a tryst with Trump a decade earlier, despite being paid $130,000 shortly before the 2016 presidential election to remain silent.

Avenatti, who represented himself during the trial, told jurors during closing arguments on Wednesday that he and his firm had spent millions of dollars “to the benefit of Ms. Daniels” and that he had a “good faith belief” that he was entitled to a “reasonable percentage” of proceeds after being “instrumental” in securing and finalizing her book deal.

“I was her advocate, I was her champion. I put everything on the line. I wanted to help her,” Avenatti said. “According to the government, Michael Avenatti could never have believed that he had the right to be paid. That is ludicrous, and it is not supported by the evidence.”

In this courtroom sketch, Michael Cohen, seated left in the back row of the courtroom, turns and looks at Stormy

However, Assistant U.S. Attorney Robert Sobelman argued that Avenatti “got tangled in his own web of lies,” pointing the jury to a “mountain of evidence,” including text messages and bank statements.

“The defendant was a lawyer who stole from his own client. She thought that he was her own advocate, but he betrayed her, and he told lies to try to cover it all up,” Sobelman said. “The defendant’s lies and betrayal were exposed.”

The verdict comes after Avenatti was already sentenced to two and a half years in prison for trying to extort up to $25 million from Nike with threats that he would otherwise spoil the apparel maker’s reputation. The Los Angeles case resulted in a mistrial last year as Avenatti represented himself.