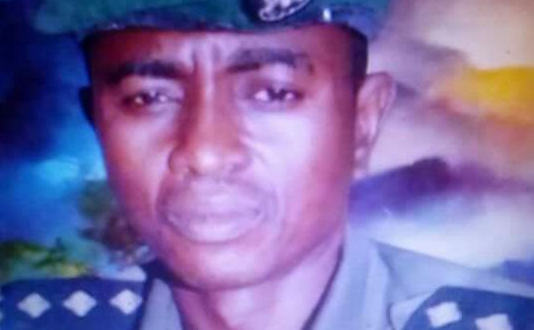 Policemen attached to the Force Criminal and Intelligence Department, FCIID Alagbon, Lagos, have arraigned three siblings and their mother over the mysterious death of a retired Deputy Superintendent of Police, DSP Joseph Idehen their biological father.

DSP Idehen, 64, died mysteriously after his daughter identified as Ruth allegedly gave him food in 2016 in his home at No. 5 Odetola Street, Alagbado, Lagos, barely one year after he retired from the Police Force family members told the police.

Extended family members said efforts to conduct an autopsy to find out the cause of his sudden demise had proved abortive as four of his eleven children with their mother took his corpse to an unknown destination and buried him. The extended family members said they reported the death to the police at the Force Criminal and Intelligence Department, Alagbon, Lagos, following several efforts by his other children, extended family members with the police to exhume his corpse to no avail. The Commissioner of Police (General Investigations Section) FCIID Annex, Alagbon, Lagos, then ordered the arrest of the siblings and their mother.

Following the order of the Commissioner, one Samuel Idehen, Michael Idehen, Ruth Idehen and their mother, Mrs. Taiwo Idehen, alleged to be a pastor at the Mountain of Fire and Miracle Ministry Ishawo, Ikorodu, Lagos, were arrested and arraigned at the High Court, Igbosere, Lagos.

The accused according to the police were facing a six count charge bordering on murder, forgery of death certificate, falsification of documents and theft of millions of Naira from the deceased’s bank accounts.

A police source said that before they were arraigned, they were released on bail so that they can take the policemen to where they had buried their father. But when they got to the village where they buried the deceased, unknown to the police they had hired thugs and with the help of some of the villagers, they attacked the team of policemen and other extended family members who had gone to exhume the corpse. The policemen narrowly escaped being lynched, since then the accused had gone into hiding and efforts to arrest them had been abortive.

It was gathered that the accused jumped bail and failed to appear in court prompting Justice J. Akintoye of the High Court, Igbosere, to issue a warrant for their arrest and for police officers to ensure that they appeared in court on the resumed hearing of the case on May 8th 2018 but the police had not been able to arrest the accused persons.

In a reaction to the court order, the family members and other children of DSP Idehen are calling on the police authorities to ensure justice by carrying out the order of the Judge and arrest the accused to face the law as the deceased was a retired police officer.