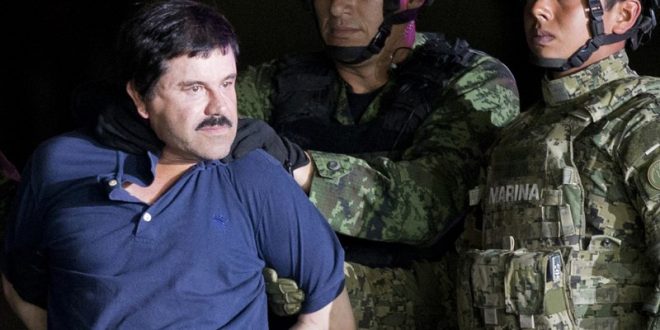 MEXICO CITY (AP) — Mexico’s government says it has extradited drug lord Joaquin “El Chapo” Guzman to the United States, where he is wanted on drug trafficking and other charges.

The Foreign Relations Department has announced on Twitter that Guzman was being sent to the U.S. on Thursday, the day before Donald Trump is to be inaugurated as U.S. president.

The convicted Sinaloa cartel boss has been held most recently in a prison near the northern border city of Ciudad Juarez. He was recaptured a year ago after making a second brazen jailbreak and had fought extradition since then.