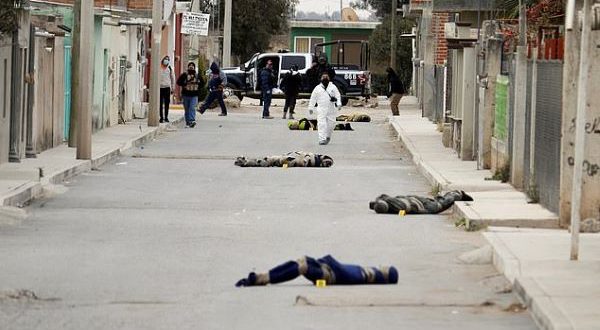 Mexican gang clash leaves 16 dead, 10 bodies wrapped in blankets and tightly duct taped are left in streets and six ‘suspended’ in nearby warehouse

A brutal Mexican gang clash left 16 people dead after a violent dispute, with 10 of the bodies wrapped in blankets and left strewn in the streets and six others found ‘suspended’ in a nearby warehouse.

State prosecutor Francisco Murillo said the 10 bodies found on the streets were discovered in the Fresnillo municipality in the Central Mexican state of Zacatecas on Saturday.

Meanwhile, the other six were found hanging inside a warehouse in the nearby community of Panfilo Natera.

Authorities have already arrested two people who were caught transporting a separate corpse the day beforehand, with Murillo adding that the pair are now under investigation into the 16 other murders.

None of the 16 bodies have been identified as of Saturday, but police described the victims as all males. 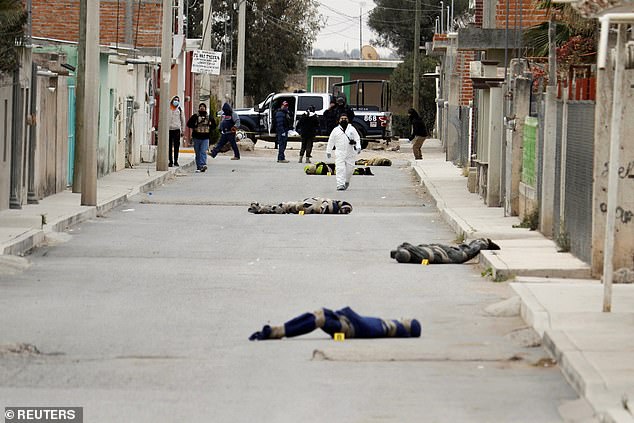 A forensic technician walks at a crime scene where unknown assailants left the bodies of 10 men wrapped in blankets in Fresnillo, in Zacatecas state, Mexico, on Saturday 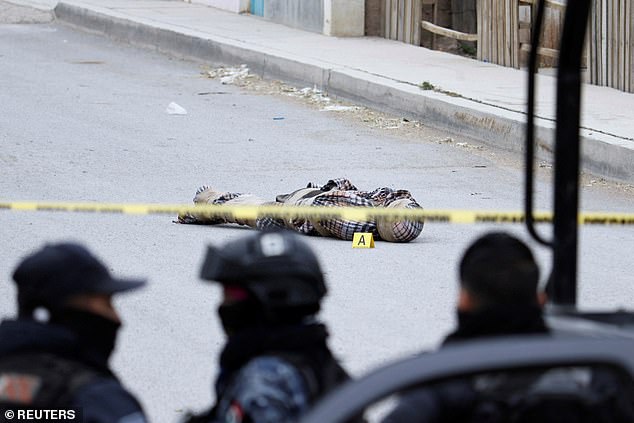 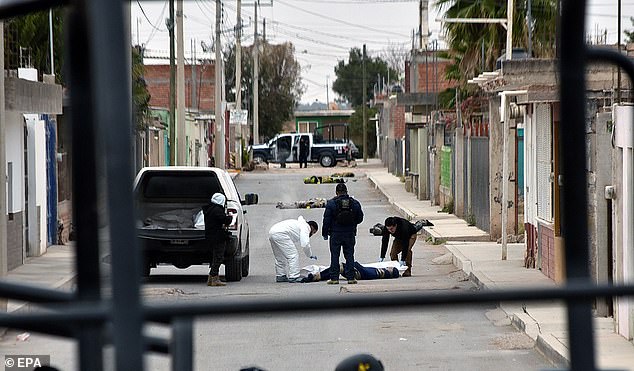 Forensic experts remove corpses left in the street in Fresnillo 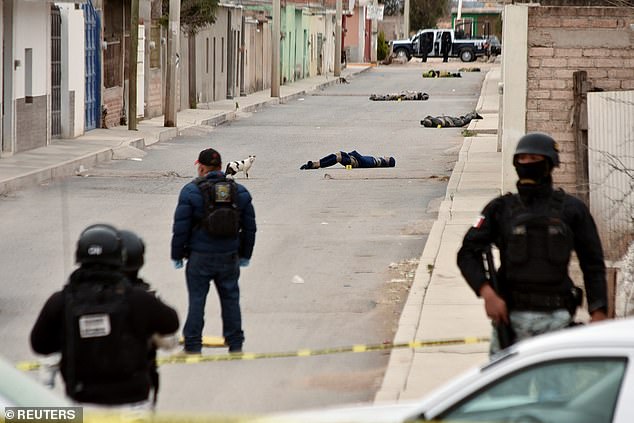 Meanwhile, homicides in the region continue to increase; as of last year, the state of Zacatecas alone recorded 1,050 murders in 2021, roughly 200 more than in 2020.

The gruesome discovery comes just a month after Mexican authorities uncovered the bodies of 10 people inside an abandoned vehicle in the historic state capital center in January, just a few feet away from government offices.

That same month, a Mexican organized crime gang said it killed a city’s mayor just 10 days after he was inaugurated – and warned that it now plans to carry out further political assassinations.

Mayor Benjamín López Palacios was gunned down at his home in the municipality of Xoxocotla on January 11.

Local media reported that three men visited his home to seek aid for a bogus project when they opened fire and fled.

López Palacios, who was sworn in on January 1 as mayor of the indigenous city of Xoxocotla, was pronounced dead at the scene by paramedics.

No arrests had been reported in that case as of yet, and a motive has yet to be shared. 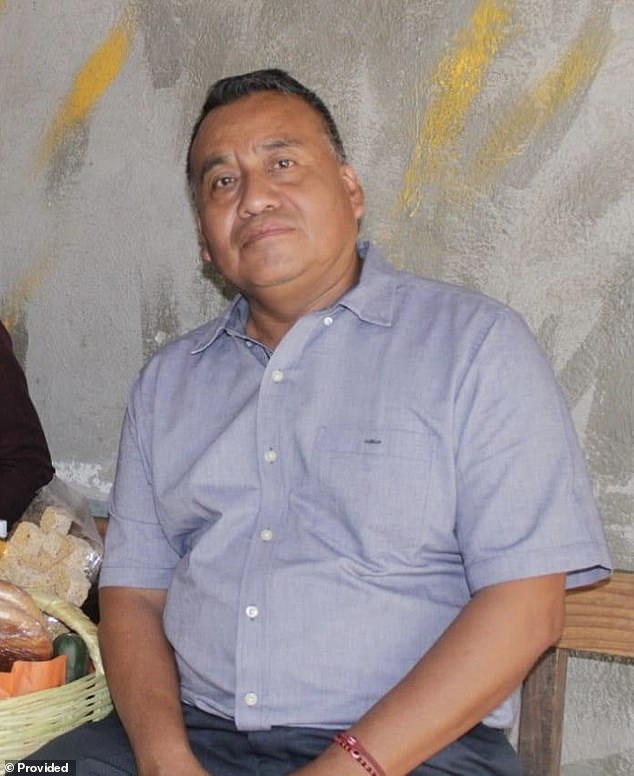 Benjamín López Palacios mayor of Xoxocotla was assassinated by three men at his home on January 11. A criminal organization came forward and took responsibility for the murder 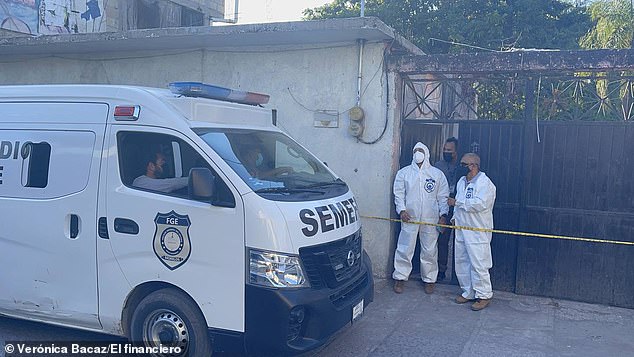 Authorities guard the entrance to the home of Benjamín López Palacios, the mayor of Xoxocotla, Mexico, who was killed on January 11 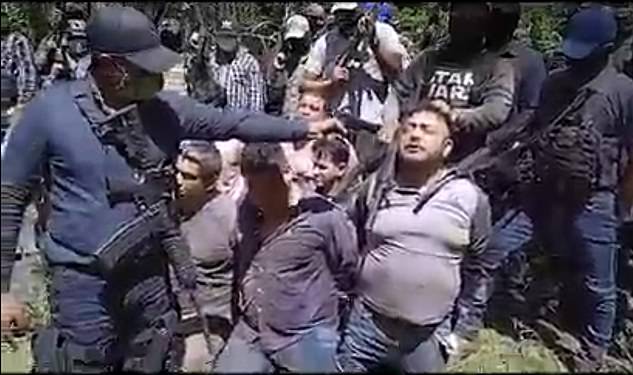 In September, a Mexican cartel released disturbing video footage of the moment 20 of its rivals were lined up side-by-side before they being executed in southwestern Mexico

In September, a Mexican cartel released disturbing video footage of the moment 20 of its rivals were lined up side-by-side before being executed in Southwestern Mexico.

Los Tlacos henchmen accused members of the rival La Bandera cartel of ‘extorting and killing innocent people’ before forcing them to kneel and interrogating them at gunpoint in the middle of a forest in the state of Guerrero.

The La Bandera gang is reportedly an armed wing of Guerreros Unidos, the cartel connected to the 2014 kidnapping of 43 students in Ayotzinapa.

At least four of the victims’ bodies were found dumped in the trunk of a car that was left abandoned in front of the campaign office of Iguala mayor David Gama Pérez earlier that month.

Frightening moment cartel lines up rivals before executing them 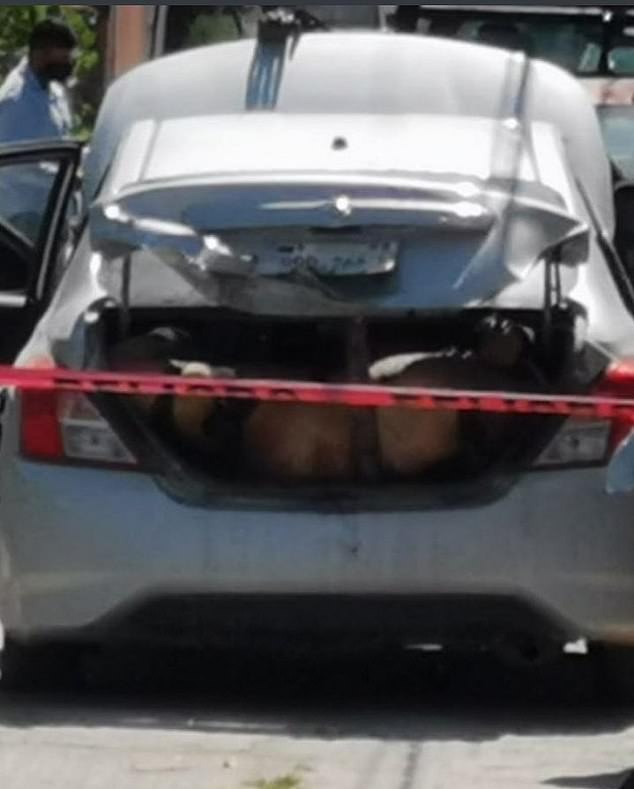 One of the four victims found in the trunk of the abandoned car was under investigation for the murder of two men, the Guerrero State Office of the Attorney General said