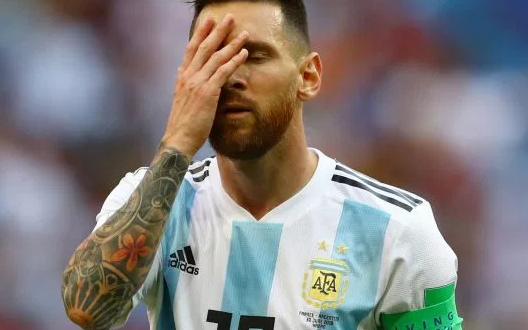 A 20-year-old fan of Messi and Argentina from India has committed suicide after the Albicelestes were knocked out of the ongoing World Cup in Russia by France with a goal margin of four to three.

He was said to have killed himself in Habibpur which is in West Bengal’s Malda district.

Halder, an ardent fan of Messi was heartbroken after his favourite team’s ouster from the elite competition and skipped dinner on Saturday night and went off to sleep locking the doors of his bedroom.

On Sunday morning, after several attempts to wake him up, he did not open the door and the police were informed.

The door was forcefully opened by the police and Halder’s dead body was found hanging from the ceiling.