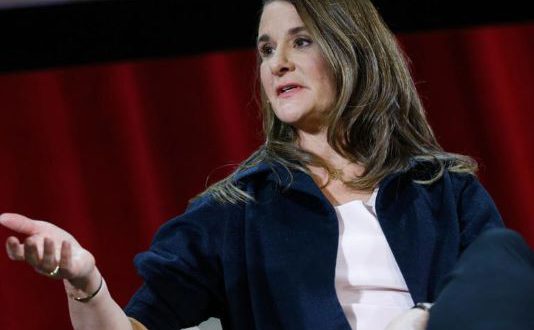 Melinda Gates Reveals Yet Another Reason She Divorced Bill Gates

People around the world were shocked when Bill and Melinda Gates announced their divorce after almost 30 years of marriage. Melinda’s explosive new interview with Gayle King is revealing why the couple split.

Melinda Had ‘Nightmares’ About Her Husband’s Friend Jeffrey Epstein

“I needed to take a different path,” Melinda said. “It wasn’t one moment or one specific thing that happened. There just came a point in time where there was enough there that I realized it just wasn’t healthy. I couldn’t trust what we had.” However, the biggest bombshell from Melinda’s interview is Bill’s friendship with notorious financier and sex trafficker Jeffrey Epstein.

“I did not like that he had a meeting with Jeffrey Epstein,” she said. Melinda claims she met Epstein only once, but “I regretted it from the second I walked in the door.” She went on to refer to him as “abhorrent” and “evil personified.”

“I had nightmares about it afterwards,” Melinda continued. When King asked her why her ex-husband continued to meet with Epstein despite her reservations, she said those questions “are for Bill to answer.”

Bill was quick to make an official statement immediately after the interview, saying his relationship with the late Epstein was “a mistake I regret deeply. A substantial error in judgment.”

Melinda: ‘I Did Nothing Wrong So I Hold My Head High’

Melinda made it clear how devastating the dissolution of her marriage was, telling King, “I gave every single piece of myself to this marriage. I was committed to this marriage on the day we got engaged and until the day I got out of it…but I also think society used to put things on women like it was our fault,” she said. “I did nothing wrong so I hold my head high.”

However, she is choosing to move forward and not dwell on the past. “At the end of the day though, I started on this journey of healing,” Melinda said. “And I do feel like I’m turning a page in the chapter now…I do my very best to show up as my best self.”

Even though Melinda’s life has changed dramatically, she is still devoted to her charity work — although not with the Gates Foundation. Instead, Melinda will be channeling her funds through the investment company she founded in 2015, Pivotal Ventures. It’s clear she is choosing not to let her split from Bill define her.