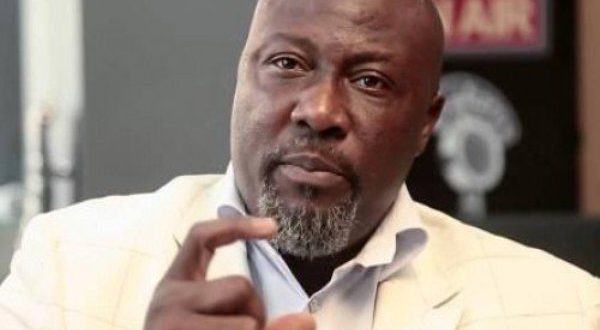 The Deputy President of the Senate, Ike Ekweremadu, has said that the ongoing move to recall Senator Dino Melaye would be an exercise in futility if those orchestrating his recall fail to convince lawmakers why the senator should be recalled.

Making his contribution on a point of order raised by Senator Melaye to notify the Senate of the ill-motivated recall moves, Ekweremadu urged to Senate not to dissipate effort on a process that is tantamount to a waste of time.

While listing the procedure involved in recalling a senator, the Deputy President of the Senate stated that according to section 69 of the 1999 Constitution as amended, those who signed the recall register would have to come out and line up to verify their signatures.

He said that an amendment to the process of recall was effected in 2010 adding that those behind the purported recall of Senator Melaye were only relying on the section of the constitution without amendment.

He went on to stress that the reason for the amendment was to ensure that state governors do not become so powerful such that they could not be criticized by their representatives in the National Assembly.

He added that after the verification and other relevant processes, they would still have to convince the lawmakers on why the Senator needed to be recalled.

Earlier, while raising the point of order, Melaye said that the recall register was signed by persons who have already been declared dead adding that some people have even come out to deny their signatures.

He went on to say that some of those who purportedly signed the register were deceived into signing by the State governor who is the mastermind of the recall.

He said that, “The names and signatures on the recall register was forged by Kogi state officials and Governor Yahaya Bello is the one sponsoring the recall for malicious purposes.

“The total score of both valid and invalid votes of nine candidates is 118,000 but my governor and his appointees in four days claimed that they got over 188,000 signatures.

“Nowhere in my constituency did they sit to receive peoples signatures, they got INEC database for registered voters and copied in one hand writing and forged all the signatures.

“As i speak to you, I have over 120 death certificates issued by the National Population Commission, and these peoples’ relatives and families have sworn to affidavits but the names of all these dead people appeared on the recall register submitted to INEC.

Mr President, 116 of my constituents have also sworn to affidavits that their names and signatures appeared on the recall register and they were not the ones that signed it.

“Over 86 of my constituents have stated that they were approached that the government wanted to carry out a fertiliser empowerment programme and requested for their PVCs and were thereby deceived into putting their names on the register.

“All these affidavits have been submitted to INEC and the court,” he said.

Melaye stressed that the reason why he had come to the chamber was to alert it to the situation whereby a senator would call for ameliorative measures in his state and they would request his recall.

He said that his only sin was that he asked the governor to pay 17 months’ salaries and pension to workers who deserve their wages.

He stressed that it was wrong for the state to be spending so much money on the recall process when such money can pay salaries and allowances.

The senator therefore called on his colleagues to ensure that they do not allow a wrong precedent to be set in a democratic setting like Nigeria.