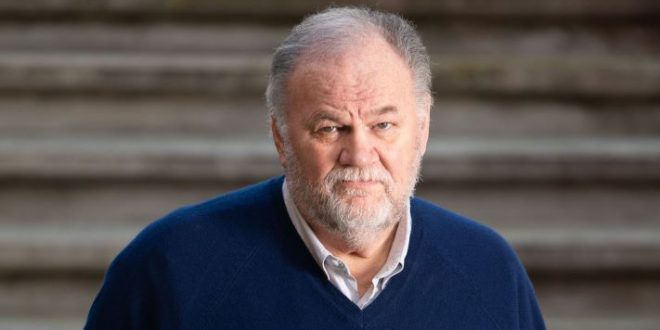 Charles Igbinidu 1 week ago Travel and Tourism Leave a comment

Thomas Markle Sr said he watched his daughter’s chat with talk show host Ellen DeGeneres and found it ’embarrassing’. He also said he is ‘hurt’ to get updates on his grandchildren through interviews

By  Patrick Hill
Meghan Markle’s dad says he squirmed as he watched her latest TV interview… and dismissed it as a “stupid stunt”.

Thomas Markle Sr admitted he tuned in with trepidation.

But he wasn’t prepared for the 20-minute cringe-fest in which Prince Harry ’s wife goofed around with talk show host Ellen DeGeneres.

Thomas, 77, told the Sunday Mirror: “It’s no way to behave. The whole thing was kind of embarrassing. It was certainly embarrassing for the Royal Family.

“It’s embarrassing for her as well. I suspect it embarrassed everyone in the UK, too.

“She’s putting herself out there as a duchess but I’ve never seen a duchess behave this way, doing stupid stunts.”

Thomas said he felt wounded and disappointed that Meghan spoke of her struggles for success – without acknowledging his support. He also said:

Thomas, a retired Hollywood lighting director, winced at home in Mexico as Meghan took part in a skit which saw her do squats and say daft things at a market

She wore a hidden earpiece and had to obey commands from US host Ellen while out in public.

The Duchess, 40, was directed to touch trays of crystals and claim they had “good energy”, hold a giant one to her head and chant incomprehensibly before telling a stunned worker: “I have healing powers. Can you feel my powers?”

The Duchess bounced while she waited for a taste of the sauce, before shoving a crisp into her mouth in fast bites after Ellen told her to devour it “like a chipmunk”.

Meghan pulled out a baby bottle and sucked on the teat as shocked stall-workers watched. And she acted like a cat after being told to wear dress-up ears.

Back in the studio, in front of a packed audience, Meghan talked of being a struggling actress in her 20s, doing auditions at a Los Angeles studio. She said her car had faulty doors that meant she had to climb in and out via the boot.

The Duchess of Sussex with her son Archie ( Image: Save the Children)

However, there was no mention of her dad, who says he supported her both financially and professionally throughout her childhood and fledgling career.

Thomas said he even helped pull strings to get her a union card so she could find work.

He said: “I’m disappointed she didn’t mention me. I hooked her up with a director on the General Hospital TV show and that got her a couple of lines on one of the shows which got her a union card.

“It’s really difficult to get a job without a card so that was crucial. I paid for the card too. I’ve been disappointed all this hasn’t been acknowledged.”

Contradicting what Meghan said about her car, Thomas said: “The Ford Explorer she had in her early 20s that she mentioned was a good running vehicle. I don’t remember any time she had to crawl out of the back of it to get out, like she said.

“The doors worked fine on that vehicle until the day she got rid of it.”

Meghan followed Ellen’s orders to do squats during the TV programme ( Image: Ellentube)

The Ellen show saw Meghan hand out copies of her children’s book The Bench to audience members, while a picture flashed up on screen of her showing Archie feeding chickens while wearing jeans, T-shirt and yellow Peppa Pig Hunter wellies.

Thomas has read the book and is unimpressed, saying: “That book is not for children. No child would read or understand that book.

“That is an adult’s book, it’s for her husband. No kid would be interested. The only thing interesting for a kid in that book is the picture of the dog on the cover.”

Meghan, referring to the TV host as “Auntie Ellen”, also told of Archie dressing up as a dinosaur for Halloween, while Lilibet was a skunk.

The anecdotes were bitter-sweet for Thomas, who has not met either of them.

It also triggered memories of a young Meghan. Thomas said: “Archie’s a very handsome young boy and I look forward to seeing him in person.

And also Lili, who I have also not seen. Meghan liked dressing up for Halloween when she was little, so I’m not surprised she mentioned how Lili dressed as a skunk this year.

“There’s a picture of Meghan, aged six or so, with a pumpkin outfit on. It was funny to hear Meghan talking about Lili teething. Meghan was just the same when she was that age.

“She’d be crying and crying and crying. Doria and I would carry her around to calm her down. We’d keep things in the refrigerator she could suck on to sooth her, too, and eventually she got over it.”

Thomas and Meghan fell out after he colluded with a US photo agency to stage shots of him preparing for her wedding. In the end, he did not attend.

When a letter from Meghan to her father was leaked she sued a newspaper for breach of privacy and won.

But at an appeal hearing this month Meghan apologised for not telling a judge about emails showing her attempts to influence a book about her and Harry.

Meghan, who shot to fame in legal drama Suits, wed Harry, 37, in 2018. But in February the couple stepped down as senior Royals. They moved to Meghan’s native California, where they are working on big-money projects, including a £112million deal to make Netflix films.

The Ellen interview was eight months after her and Harry’s TV chat with Oprah Winfrey, in which she said a royal made a racist remark about Archie’s skin tone.

Thomas said he wasn’t surprised by Meghan saying Harry had taken to the US lifestyle – but he said his son-in-law should “get a job delivering newspapers” as “all he seems to do is ride his bike”.

And he added he “feels sorry” for the Queen because Harry and Meghan are reportedly not going to the UK at Christmas.

He said: “Harry should go, without a doubt. This might be the last chance he gets to see his grandmother. I really feel bad for her, they have treated her so poorly and been so rude. I have great respect for the Queen and the Royal Family.”

Despite his withering verdict, Thomas hopes he can patch things up with Meg.

He said: “Sooner or later I do think as a family we are going to get together.

“It’s sort of ridiculous we can’t and it’s all down to bad tempers. But for an old man I’m doing OK. I’ve got a bad heart, but I am doing all right.

“Before the wedding she made speeches around the world, for the UN and so on, and said there ‘should be more men like my dad’. So at that point we were in a good place, but it all went downhill when she met Harry.” 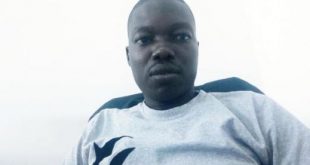 Spread the loveA Suspect in Connection with the death of Timothy Adegoke, a Master’s student …