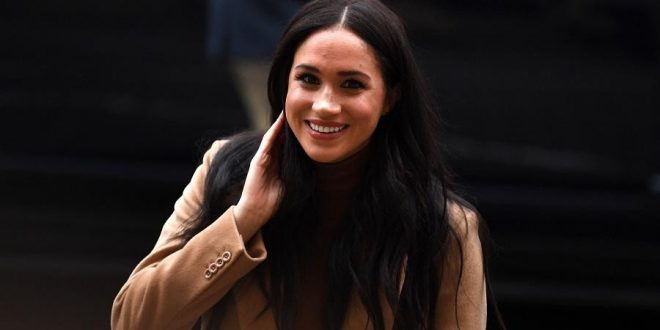 The Duchess of Sussex has applied to the High Court in London to stop The Mail and Mail on Sunday from revealing the names of five of her friends who spoke anonymously to US magazine, about the bullying she said she has faced.

The duchess is suing Associated Newspapers Ltd, the publisher of the Mail on Sunday and Mail Online, over an article that published extracts of a letter she sent to her dad Thomas Markle Sr, 76.

In the People article, five of her friends spoke about the letters with one telling the publication that the letter said: “Dad, I’m so heartbroken. I love you. I have one father.’

The duchess, 38, claimed that her friends gave the interview without her knowledge, and denies a claim made by Associated Newspapers that she “caused or permitted” the People article to be published in February last year

At a preliminary hearing on Wednesday, Meghan’s lawyers argued that forcing the Duchess of Sussex to make public the identities of her five friends was “an unacceptable price to pay” for pursuing her legal action against ANL.

Justin Rushbrooke QC, representing the duchess, said in written submissions to the court: “To force the claimant, as the defendant urges this court to do, to disclose their identities to the public at this stage would be to exact an unacceptably high price for pursuing her claim for invasion of privacy against the defendant in respect of its disclosure of the letter.

“On her case, which will be tried in due course, the defendant has been guilty of a flagrant and unjustified intrusion into her private and family life.

“Given the close factual nexus between the letter and the events leading up to the defendant’s decision to publish its contents, it would be a cruel irony were she required to pay that price before her claim has even been determined.”

Rushbrooke added: “The friends are not parties to this action, but unwilling participants. At this early stage of the litigation it cannot be said with certainty that they would be witnesses at the trial.”

He told the court that Associated Newspapers’ case is that Markle had “compromised” her friends’ right to privacy “by putting their names into a public court document”.

He said: “We say, on any analysis, that is actually a grotesque perversion of what’s actually happened.”

Rushbrooke added: “It is bad enough that the position was taken in correspondence, but it is disappointing to see it persisted with in written submissions (by Associated Newspapers) put before the court.”

He continued: “The true position is, let there be no doubt about it, that the claimant has done nothing of the sort. It was the defendant who made the interviews with People relevant.

“It was the defendant who forced the claimant to identify the names of the five friends in a court document by serving a request for further information that required those names to be given and, for her part, we submit that the claimant has done what she reasonably and sensibly could to protect their confidentiality and privacy rights.”

Markle’s lawyers also argue that Associated Newspapers has “already demonstrated a willingness to publish articles” based on the contents of court documents.

Rushbrooke added: “There can be little doubt that, in addition to defending this case through the courts, the defendant is seeking to maximise the publicity surrounding this case, which it has repeatedly dubbed ‘the trial of the century’.”

As for Associated Newspapers’ lawyers, they rejecting the application to keep the identities of Markle‘s friends secret, claiming the duchess’s friends made the letter public.

“Reporting these matters without referring to names would be a heavy curtailment of the media’s and the defendant’s entitlement to report this case and the public’s right to know about it.

“No friend’s oral evidence could be fully and properly reported because full reporting might identify her, especially as there has already been media speculation as to their identities.”

White also said the present order sought by the duchess’s lawyers would leave Meghan entitled to disclose the identities to anyone – including the media – who could publish it, while Associated Newspapers’ titles would remain barred from doing so.

In a witness statement submitted as part of the application, Markle said: “Associated Newspapers, the owner of the Daily Mail and the Mail on Sunday, is threatening to publish the names of five women – five private citizens – who made a choice on their own to speak anonymously with a US media outlet more than a year ago, to defend me from the bullying behaviour of Britain’s tabloid media.

“Each of these women is a private citizen, young mother, and each has a basic right to privacy.”

According to reports, Markle is suing Associated Newspapers over five articles, two in the Mail on Sunday, and three on Mail Online, which were published in February 2019 and reproduced parts of a handwritten letter she sent to her father in August 2018.

The headline on the article read: “Revealed: The letter showing true tragedy of Meghan‘s rift with a father she says has ‘broken her heart into a million pieces’.

The duchess is seeking damages for alleged misuse of private information, copyright infringement, and breach of the Data Protection Act.

Charles Igbinidu is a Public Relations practitioner in Lagos, Nigeria
@https://twitter.com/ionigeria
Previous Woman chained to a pillar by her husband is rescued in Ebonyi
Next VIDEO: Woman accuses Dr Stella Immanuel of fraudulent activities