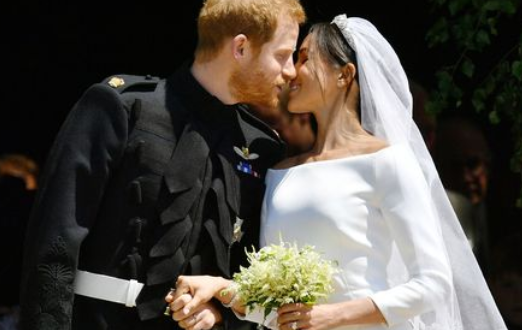 The royal pair are reportedly off to an exclusive resort in Canada’s Jasper National Park, where they will be flanked by British and Canadian security.

They have delayed their honeymoon to dive straight into Royal engagements.

But it seems that Prince Harry and Meghan Markle may have been making plans for a romantic break in one of the most spectacular places on Earth.

The newly-wed pair are believed to be headed for the Canadian Rockies, specifically Jasper National Park in the heart of the province of Alberta.

According to TMZ, the Duke and Duchess of Sussex will be staying in a secluded log cabin at Fairmont Jasper Park Lodge, a sprawling resort set in pristine wilderness.

Their home-from-home will be the 6,000sqft Outlook Cabin dubbed “The Royal Retreat” as it has hosted a number of other royal guests including the current Queen and Prince Philip in 2005 and her parents in 1939.

Jasper Park Lodge is set on the shores of Lac Beauvert and has a vast golf course which has been rated the best in Canada.

The couple are likely to be protected by Canadian and British security. Sources told TMZ that the 700-acre resort had ordered in specialist gear it normally does not keep on site.

Details emerged about their honeymoon after more information came out about Prince William’s speech.

One of the guests told the Sunday Times the second in line to the throne made a “filthy” joke about wet knickers.

Unfortunately details of the joke haven’t been leaked – but we really hope we find out at some point!

William also pulled a prank on his little brother at the party, and nearly “floored” some of the guests in the process.

Apparently, Harry recently fell off a ladder while trying to change a lightbulb, so Wills tied a ladder to the back of the newlyweds’ car.

According to the Times, he questioned Harry’s behaviour when he was acting as dorm monitor at Ludgrove School in Berkshire, where they were both students.

He said: “All I wanted was a cuddle from my mummy.

“Instead Harry nicked my teddy bear and chucked it out on to the roof. Ladies and gentlemen, I ask you, how can you put someone in charge of a dorm when that someone is worse behaved than the whole dorm combined?”

he bride and groom also made speeches during the evening reception at Frogmore House in Windsor Castle.

Harry reportedly moved guests to tears as he gushed over his new wife and paid tribute to her mum Doria.

Meghan read an emotional love poem and declared she had finally “found her prince”.

Previous Divorce: My 62-Yr-Old Wife Is Sleeping With My 26-Yr-Old Neighbour, Grandpa Tells Court
Next 61-Yr-Old Nigerian Man Loses US Citizenship After Molesting A 7-Yr-Old Girl