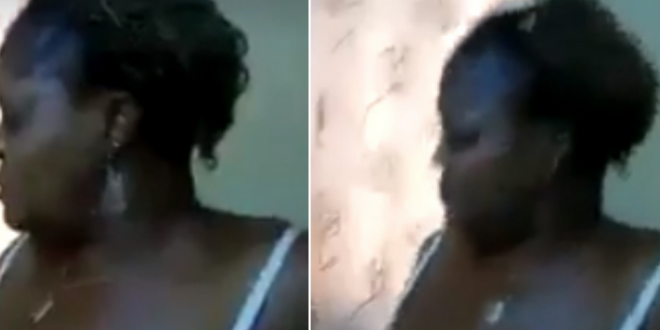 The video making the rounds on social media shows an elderly Nigerian married woman caught while trying to sleep with her best friend’s husband in a hotel.

The woman identified as Chinasa had reportedly been trying to sleep with her friend’s husband. The man told his wife and they both devised a means of exposing her.

They lured her to the hotel and thinking she was alone in the room with the man, the elderly woman removed her dress and was ready for action.

However, her friend came into the room and caught her red handed. The heartbroken friend says she has voice recordings of Chinasa aka Madam Kpom talking dirty with her husband.

Previous Police Arrest 7-Yr-Old Boy Who Punched His Teacher For Disciplining Him
Next Sen. Melaye Attacks Customs Boss For Not Coming Down From His Office, To Receive Him