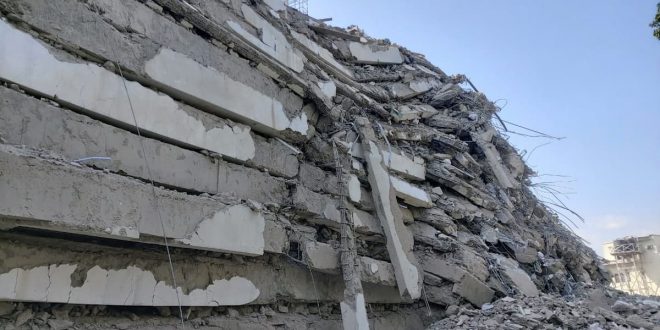 Many Trapped As 21-Storey Building Collapses In Lagos

A 21-storey building has collapsed in Ikoyi, Lagos State, leaving many people trapped.

The building, which is under construction, collapsed at Gerald Road in the highbrow area of Lagos.

“All first responders are en route to secure the scene while the heavy-duty equipment and life detection equipment have been dispatched.”

Two persons have been rescued from the rubble of the collapsed building by volunteers and emergency agencies on the ground.

The rescued victims have since been rushed to an undisclosed hospital for medical attention.

Meanwhile, the Deputy Governor of Lagos State, Babafemi Hamzat, has arrived at the scene of the incident.