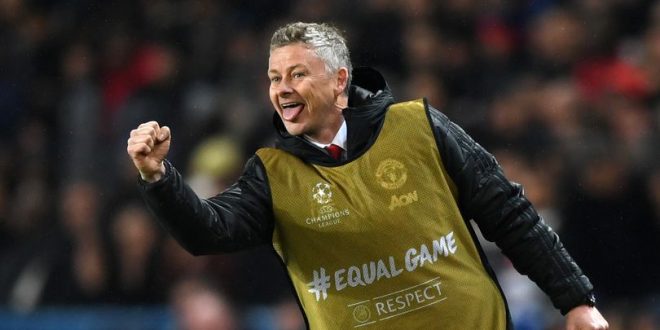 Manchester United must part ways with “utterly clueless” Ole Gunnar Solskjaer after he was “exposed” in the Champions League loss at Young Boys.

That is the verdict of former Chelsea and Tottenham defender Jason Cundy, who insists Old Trafford chiefs must appoint Antonio Conte as manager before they miss their chance.

United were beaten 2-1 by Swiss minnows Young Boys in their Group F opener on Tuesday night – a result which has left many of Solskjaer’s decisions in the spotlight.

But Cundy claimed that left the Red Devils “overrun in the middle of the park” as he launched a withering attack on Solskjaer.

“That there shows he’s utterly clueless,” Cundy told talkSPORT of the result in Bern. “That performance, the team shape… they went down to 10 men, yes, but come on.

“They went to five at the back and he didn’t change it. They were getting overrun in the middle of the park.

“Poor Fred, Paul Pogba and Bruno Fernandes. I’ve got so much sympathy for them, they had no help, they were getting passed around.

“The back five didn’t move, they were getting outnumbered. It wasn’t working, they should have gone for four in defence and four in midfield.

“United got exactly what they deserved and he’s (Solskjaer’s) been exposed again brutally.

“The game changed on the red card but that didn’t mean it was over.

“Young Boys are normally whipping boys of European football and United get rolled over 2-1… it was a disasterclass, it was an absolute disaster.”

Cundy did not stop there and declared the defeat was tantamount to a sackable offence as he highlighted former Chelsea and Inter Milan boss Conte as the ideal replacement for Solskjaer.

He added: “It exposed Ole, it did badly. I’d sack him. We know what’s coming, don’t we? You’ve got Antonio Conte out there…

“Who’s the better manager? There will be a stage in the season where they’ll be like ‘I wish we did it earlier.’

Charles Igbinidu is a Public Relations practitioner in Lagos, Nigeria
@https://twitter.com/ionigeria
Previous 7 people killed over witchcraft in Adamawa – Police
Next Tyson Fury says Anthony Joshua is so ripped he looks like a ‘chicken nugget’ and admits he’s jealous of rival’s body