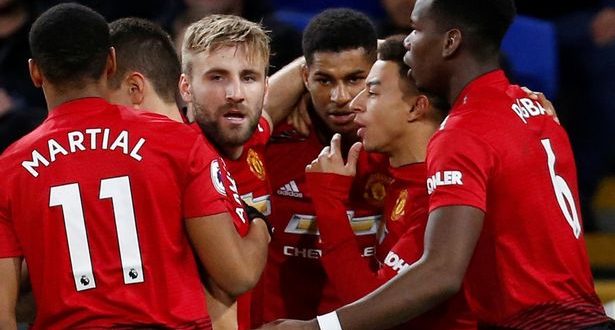 Gary Neville has warned Manchester United that Manchester City might toy with them “like Floyd Mayweather” as the dust continues to settle on their devastating Old Trafford knock-out.

Liverpool swept aside their bitter rivals in a hotly-anticipated Premier League showdown this afternoon.

Things don’t get any easier for United and under-pressure manager Ole Gunnar Solskjaer in the coming days.

Indeed, after taking on Leicester City, Atalanta and Liverpool this side of the latest international break, upcoming fixtures see the Old Trafford giants lock horns with Tottenham and City in the Premier League – before and after a return meeting with Atalanta in Europe.

Neville said: “They’re nowhere near the other three teams [Chelsea, Liverpool and City] at the moment.

Neville added: “How do you get through it? Take a day off and re-group. When [Jose] Mourinho was here, it was a moody place, but these players now, I’m asking serious questions – they’re getting outran by every team they play. Get the basics right. There’s no excuses.

“Three years ago there were three or four players that were mercenaries. [Cristiano] Ronaldo coming in has made a unbelievable impact, but what I would expect are the other players work as a foil. The last two and a half years, I’ve enjoyed the change, but the last nine games have been worrying.

“They’ve been cutting us open. Today is an accumulation of recent events.”