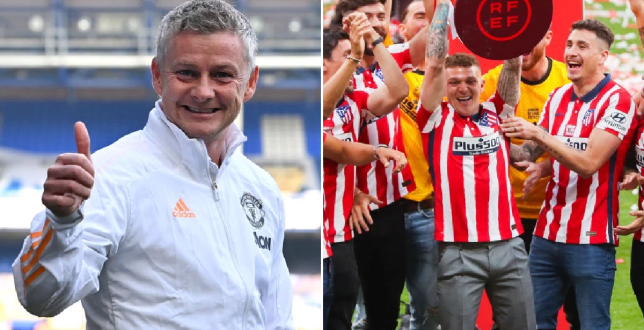 Manchester United have opened talks with Atletico Madrid over the signing of right-back Kieran Trippier and the defender has already begun house hunting in the area, according to reports.

The Red Devils are looking to invest significantly this summer to close the gap to Premier League champions Manchester City and Ole Gunnar Solskjaer is particularly keen to sign a new right winger and centre-back.

Borussia Dortmund’s Jadon Sancho and Villarreal’s Pau Torres are United’s top targets in those positions, but the club are also looking for competition for Aaron Wan-Bissaka. 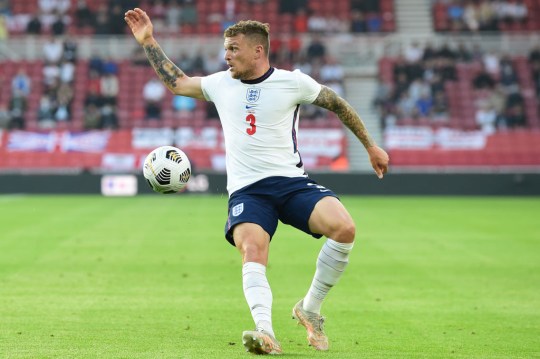 According to The Athletic, negotiations with Atletico regarding former Spurs defender Trippier have already begun in earnest and all parties are hopeful a deal can be wrapped up quickly.

While United’s £80million move for Sancho will be a long and complicated process, the deal for Trippier is believed to be relatively straightforward and the England international could cost as little as £10m – a bargain in today’s market.

Despite winning the Liga title with Atletico, Trippier is keen to return to the Premier League and Metro UK has already been looking at houses in the Manchester area.

Formerly on the books of rivals Manchester City as a schoolboy, the 30-year-old grew up as a United fan and would jump at the chance to pull on a Red Devils jersey.

United actually tried to sign Tripper in the January window just gone but pulled the plug on a deal when he was handed a 10-week ban by the FA for betting offences relating to his transfer to Atletico.

Trippier is one of the most creative full-backs in European football, registering six assists in 28 league games last season, and was also named in the Liga Team of the Season.

Wan-Bissaka, by contrast, has frequently been criticised for his lack of end product and Solskjaer is keen to add a more attack-orientated right-back to the squad as cover and competition, with title-winner Trippier ticking all the boxes.