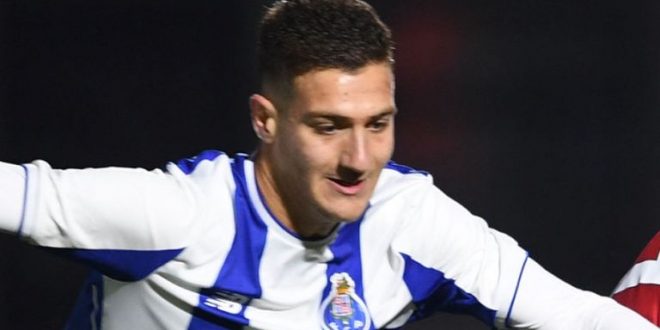 Manchester United right-back Diogo Dalot has opted to reject Barcelona and will remain at Old Trafford this season, as per a report.

Dalot came through Porto’s academy before going on to make eight appearances in their first team. He left the Portuguese club in July 2018 when Manchester United paid around £19million to bring him to England.

Dalot spent the 2020-21 campaign on loan at AC Milan. The defender did well during his 33 outings for the Rossoneri and this led to rumours of a a second transfer there.

Milan made an offer to take the Manchester United man on loan for another campaign, but this transfer didn’t go through.

As such, Dalot competed with Aaron Wan-Bissaka for a starting spot at right-back last season. He struggled to get into the team under Ole Gunnar Solskjaer but this changed when the Norwegian was replaced by interim boss Ralf Rangnick.

Dalot featured heavily in United’s final seven league matches of the campaign. Unfortunately for him and the Red Devils, they lost four of these outings and drew another.

According to a recent update from Spanish journalist Gerard Romero, Barcelona want to sign one of Dalot or Wan-Bissaka. They are hoping to improve Xavi’s options on the right side of defence and the United duo are part of a five-man transfer list.

Spanish outlet Mundo Deportivo now come in with an update. They claim Dalot does not want to change clubs this summer, which makes a transfer unlikely.

Charles Igbinidu is a Public Relations practitioner in Lagos, Nigeria
@https://twitter.com/ionigeria
Previous Cristiano Ronaldo says the truth over his Manchester United exit saga will come out in a couple of weeks
Next VIDEO: 2023: Peter Obi Visits Femi Kuti Days After Singer Declared Not Being An ‘Obidient’