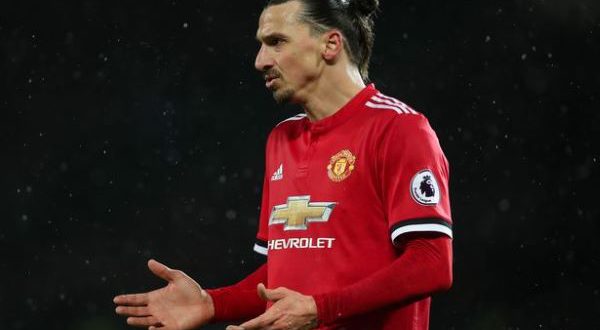 Zlatan Ibrahimovic was left shocked by his salary deduction

Zlatan Ibrahimovic admits he was left shocked when he saw that £1 had been deducted from his Manchester United salary after he’d taken a fruit juice from a minibar.

The Swede moved to Old Trafford in 2016 when Jose Mourinho came calling.

His goals helped fire the Red Devils to the Carabao Cup whilst he also helped deliver the Europa League – United’s most recent piece of silverware.

But Ibrahimovic was left shocked when he nabbed a quick drink from a hotel mini bar prior to a game and thought nothing of it, only to end up paying the small price.

Believing Manchester United would stump up the bill, they instead took it from his salary.

He wrote in his new book, as relayed by Sportbladet : “If I had a spontaneous meeting in Rome, Galliani (former AC Milan chief) made sure that the club’s private jet was available, without me having to pay.

“I’m not saying that everything should be free, but a fruit juice… And you say you are one of the world’s biggest clubs?”

The Swede moved to the Premier League side when he left PSG on a free.

He was unsure as to the state of negotiations and went on Instagram to reveal that the Red Devils would be his next club.

Ibrahimovic added: “They had planned a surprise campaign and a presentation with special effects à la Hollywood and I ruined everything with an update on social media.”

The 40-year-old striker continues to defy his age and opens up on his reputation in England.

Before 2016 he had never played in the Premier League – with many fans forming their opinions based on what they saw in the Champions League and on the international stage.

That sat just perfectly with the Swede however.

He wrote: “I get there and everyone hates me: Ibra the arrogant, the pretentious, the thug, the one who never scores on English teams, the old, thirty-five-year-old. Good. So I want you. Hate me. I like that.”

Ibrahimovic hasn’t been shy in questioning some of United’s decisions however.

He was at the club when Wayne Rooney departed for Everton and was shocked that they removed his name from his locker the very same day.

Rooney departed as United’s record goalscorer but the Swede claimed it was “as if he never existed”.