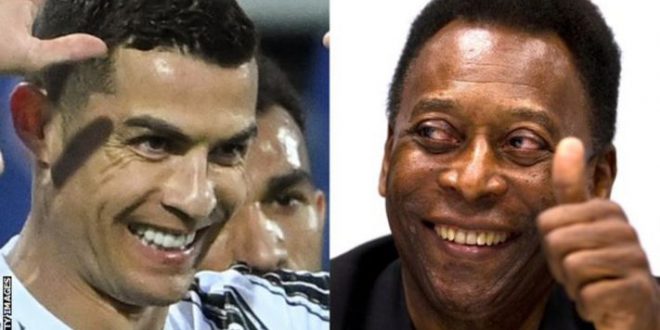 Ronaldo sealed a blockbuster £21million return to United on deadline day from Juventus and looks set to make his debut against Newcastle on September 11.

The five-time Ballon d’Or winner’s homecoming has caught the attention of the entire world and football great Pele couldn’t help reaching out to his fellow GOAT – especially after reading his message to Red Devils fans.

Pele was very moved by Ronaldo’s statement as he knows a lot about home, having spent almost his entire career in Brazil with Santos before rolling credits at New York Cosmos in 1977.

Although the Portugal international broke the 80-year-old’s record for most goals in official matches back in March, the two men still share a strong friendship.

Pele said: “There is no better feeling than conquering the world and returning home. Always be happy, Cristiano.”

Ronaldo had posted on Instagram: “Everyone who knows me knows about my never ending love for Manchester United.

“The years I spent in this club were absolutely amazing and the path we’ve made together is written in gold letters in the history of this great and amazing institution.

“I can’t even start to explain my feelings right now, as I see my return to Old Trafford announced worldwide.
“It’s like a dream come true, after all the times that I went back to play against Man United, and even as an opponent, to have always felt such love and respect from the supporters in the stands. This is absolutely 100% the stuff that dreams are made of!

“History has been written in the past and history will be written once again! You have my word!

“I’m right here! I’m back where I belong! Let’s make it happen once again!