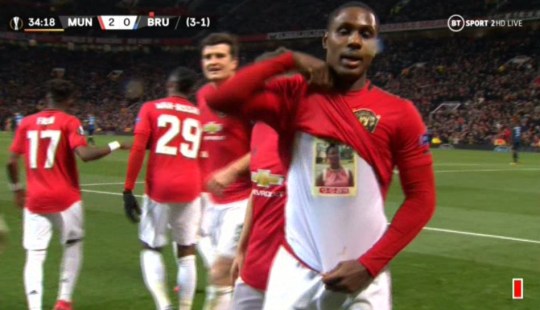 Manchester United are preparing to lose Odion Ighalo this week after failing to reach an agreement with Shanghai Shenhua, according to reports.

The Nigerian striker was a surprise loan signing in the closing stages of the January transfer window but has helped ease the burden on Ole Gunnar Solskjaer’s attack.

Since arriving at Old Trafford, Ighalo has scored four goals in eight appearances and United have been keen to keep the striker until the end of the Premier League season, which has been delayed due to the coronavirus pandemic.

But Ighalo’s loan deal ends on May 30 and United must negotiate new terms with Shanghai Shenhua in order to extend the striker’s stay at Old Trafford.

According to Goal, Shanghai Shenhua want Ighalo to return to China as the Chinese Super League is aiming to resume in late June or early July.

The report claims that United have been unable to agree a new deal with Shanghai Shenhua and there has been ‘no progress’ in negotiations regarding a loan extension.

United have the option to sign Ighalo permanently for £20 million but that figure is considered too steep for a player who turns 31 next month.