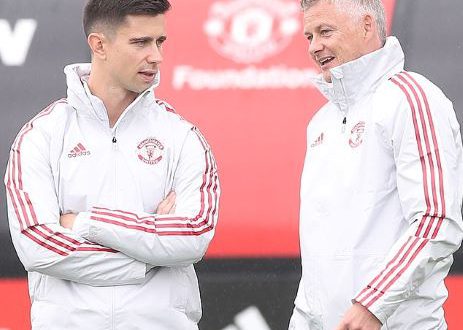 Manchester United have made a young, English, highly-rated signing – but this time it’s a coach.

It is therefore not only major first team recruits Manchester United have brought on board for the coming campaign, as they bid to finally climb back to the summit of English football.

Eric Ramsay, just 29, has joined the club from Chelsea, where he was their under-23s assistant manager.

Little known to the average football fan, Ramsay is renowned as a set-piece specialist and has joined the Red Devils with the specific remit of addressing one of last season’s most troublesome issues. 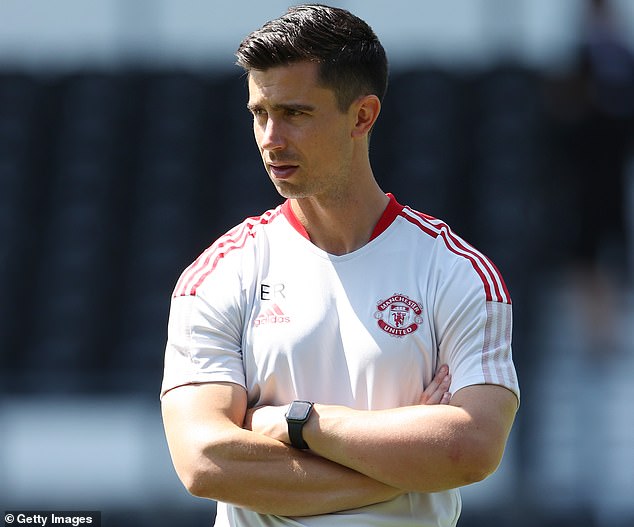 Stats from the last Premier League season were no doubt a factor in boss Ole Gunnar Solskjaer‘s decision to address Manchester United’s issues when it comes to set-pieces.

Throughout the last campaign, only Marcelo Bielsa’s Leeds United conceded more goals from set-pieces than United, as the issue became a real thorn in the side for Ole Gunnar Solskjaer’s men.

Manchester United conceded the second-most goals (14) from dead balls, only one behind Leeds United, who let in 15.

And they weren’t much better at the other end either, scoring just seven all season – the same as relegated West Bromwich Albion.

All of which is somewhat surprising when you consider the club can boast set-piece takers such as Bruno Fernandes and Luke Shaw, and a colossus in both boxes like Harry Maguire.

Ramsay previously worked at Shrewsbury Town and Swansea City and arrived this summer following a glowing recommendation from United first-team coach, Kieran McKenna, who he studied alongside at Loughborough University.

Former Hull City and Bolton Wanderers star Sam Ricketts also worked closely with Ramsay as he developed as a coach, and told the Telegraph that United are bringing on board an exciting talent.

Ricketts studied for his UEFA Pro Licence with Ramsay via the Welsh FA before they ended up together at Shrewsbury and make their first foray into coaching.

Ricketts said: ‘He’s a clear thinker, he’s got a good tactical brain and a real level of detail in what he does.

‘That is why he went on first to Chelsea from Shrewsbury and now finds himself at Man United.

‘His personality is the big thing. He’s a people person. He’s a very rounded individual who won’t be fazed by anything but who will be very attentive and detail-driven in everything he does.’

Ricketts went on to add how Ramsay’s commanding personality makes players immediately switch on to what he is saying, while his ability to whistle using his fingers would ‘make a shepherd envious.’

He added: ‘I know it sounds stupid but he’s got one of one of the best whistles with his fingers I’ve heard on a training pitch and when he wants to make a point quickly it can be very effective.

‘A shepherd would be envious. Eric could control a sheep dog two fields away.

‘Some people can’t get intensity into sessions. Maybe they’re too placid, quiet, nice, but Eric can flip between the two. His whistle can be part of that. It pricks your attention.’ 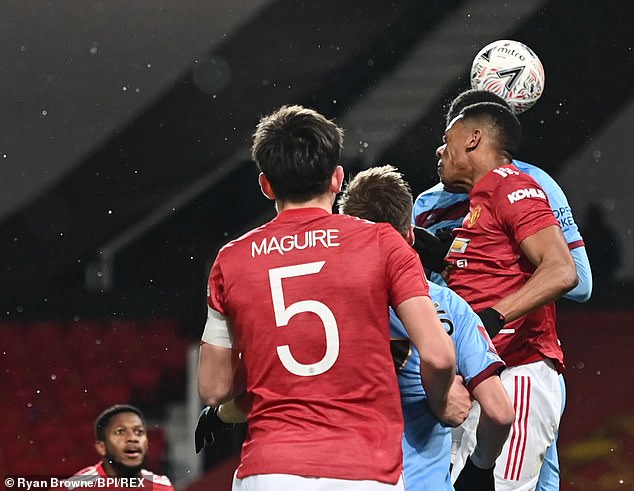 On Monday new boy Sancho trained for the first time with his new team-mates after finally sealing his blockbuster summer move from Borussia Dortmund.

The £73million star completed his move three weeks ago but had been on holiday since missing a penalty in England’s Euro 2020 final defeat to Italy on July 11.

But with five days until United begin the new campaign against Leeds United at Old Trafford, the 21-year-old winger has reported for duty at Carrington.

French defender Varane is expected to also soon link up with his new team-mates, and be unveiled by the club, once his quarantine period ends.