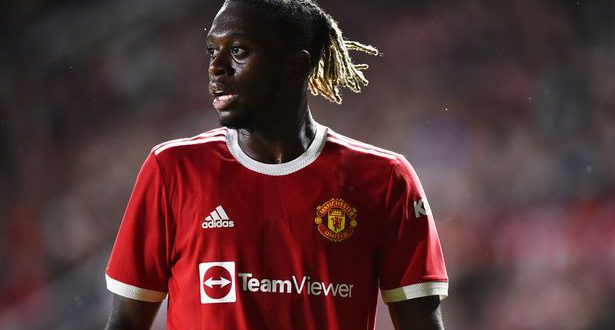 Manchester United defender Aaron Wan-Bissaka has been charged with driving his Lamborghini Urus while disqualified.

The right-back stands accused of driving his £170,000 vehicle on June 23 on the A34 in Stockport, Greater Manchester, the Daily Mail reports.

The 23-year-old is also facing charges of driving the car without insurance and driving otherwise than in accordance with a license.

The case was set to be heard at Stockport Magistrates’ Court on Thursday, although the footballer did not enter a plea, nor did he appear at the hearing.

The hearing for the case has now been adjourned until September 1 when a decision is set to be made.

The maximum penalty for driving while disqualified is six months in prison but can also be judged as having to fulfill a community order.

The Lamborghini Urus has a V8 twin-turbocharged engine and can reach top speeds of 190mph.

Wan-Bissaka, born in Croydon, began his career at Crystal Palace where he made 46 first-team appearances and established himself as one of the highest-rated full-backs in the Premier League.

That prompted a £50million move to Manchester United in the summer of 2019 and he has starred for Ole Gunnar Solskjaer’s side in the two seasons since.

Wan-Bissaka – who is known for his tackling and defensive awareness – has made 101 appearances for United to date, scoring two goals for the club.

Earlier this summer, Wan-Bissaka told The Player’s Tribune: “The feeling of 70,000 cheering you make a tackle, singing your name is * honestly, I can’t put it into words.

“The only way I can describe it is to say, I feel like I’ve made it.

Wan-Bissaka was born in England and is of Congolese descent and has represented England up to Under-21 level.

Despite interest from DR Congo on an international call-up, the right-back said in May 2019: “The aim is England.

“I am happy playing with England and representing England, so that is what I am going to continue doing.”

Wan-Bissaka later received his first senior international call-up for the Euro 2020 qualifiers against Kosovo and Bulgaria but was forced to withdraw due to injury.

The competition at right-back from Trent Alexander-Arnold, Kieran Trippier, and Kyle Walker has limited Wan-Bissaka’s opportunities at the international level to date.