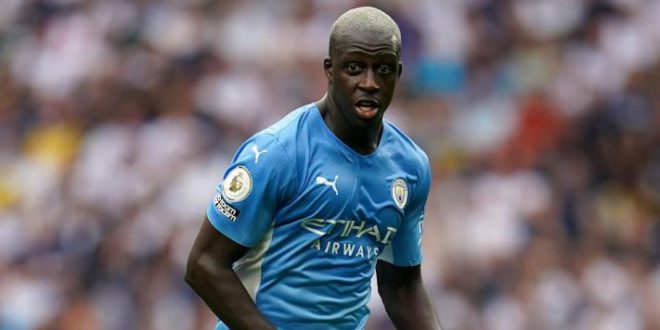 Manchester City footballer Benjamin Mendy has been charged with four counts of rape and one count of sexual assault.

The 27-year-old has been charged with the sex acts “against three women” over the age of 16 between October 2020 and August 2021, Cheshire Constabulary said.

The footballer will appear before Chester Magistrates’ Court tomorrow.

The Crown Prosecution Service said in a statement: “The CPS has authorised Cheshire Constabulary to charge Benjamin Mendy, aged 27, with four counts of rape and one count of sexual assault.

“The offences are alleged to have taken place in Cheshire between October 2020 and August 2021 and relate to three complainants over the age of 16.

“Mendy, of Withinlee Road, Prestbury, has been remanded in police custody and will appear before Chester Magistrates’ Court on Friday 27 August 2021.

“Cheshire Constabulary and the Crown Prosecution Service would like to remind everyone that criminal proceedings against Mendy are active and that he has a right to a fair trial.

“It is extremely important that there should be no reporting, commentary or sharing of information online which could in any way prejudice these proceedings.”

Charles Igbinidu is a Public Relations practitioner in Lagos, Nigeria
@https://twitter.com/ionigeria
Previous ‘Suicide bomb’ kills 13 at Kabul airport: TWO explosions and gunfire rip through crowds, causing multiple casualties including children – with three US soldiers among the wounded
Next In protest against the Queen and Royals, activists  cover Buckingham Palace fountain in BLOOD