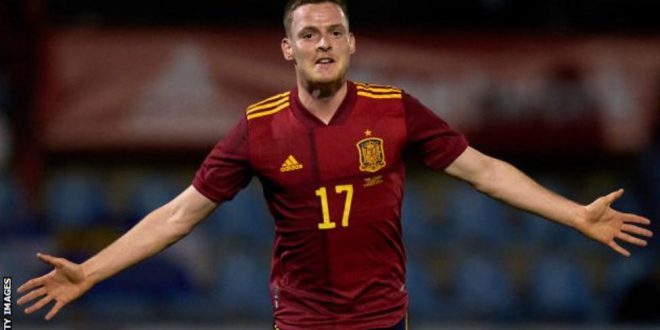 Manchester City have agreed a fee of 13m euros (£11m) plus add-ons with Anderlecht for Spain Under-21’s defender Sergio Gomez.

City were looking at left-sided options after failing to complete a deal for Brighton’s Marc Cucurella, who joined Chelsea last week for £62.5m.

If not promoted to the first-team squad, Gomez could be loaned to City Football Group club Girona in Spain.

He came through the Barcelona academy before joining Borussia Dortmund.

Gomez, 21, then spent two years on loan at Huesca in 2019, before joining Anderlecht where he played under former City captain Vincent Kompany.