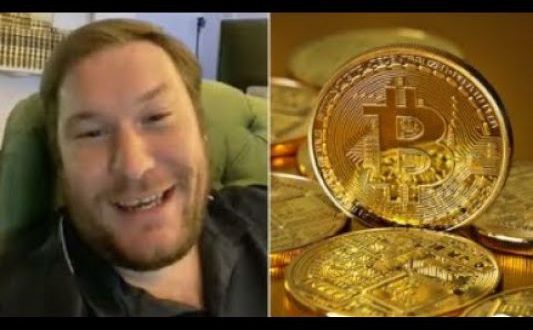 Chris Williamson, who has dabbled in cryptocurrency for eight months, had no idea what to expect from his investments – but one morning, he woke up to a shocking discovery

Thousands of people are investing in cryptocurrency at the moment – and many of them would probably advise you to do the same.

With its unpredictable and volatile nature, there are a lot of risks associated with putting your money into crypto. But investors still believe in its potential to make them rich beyond their wildest dreams.

And for Chris Williamson, from Georgia in the USA, his desire to acquire enormous wealth was realised – and then some.

Waking up one morning to check his investments, Chris found his account was suddenly worth more than $1 trillion.

Gobsmacked Chris couldn’t believe his eyes when he scanned the 13-figure sum in his account – after depositing just $20 into the Rocket Bunny currency just days earlier.

Speaking to Fox News, Chris said: “I’ve been dabbling in the crypto and stuff now for maybe eight months and you know we found some of these, I guess it’s just like play coins, things people make.”

When he woke up that morning, he checked his crypto account first thing, like he did every morning. But when he first saw the enormous sum of more than $1 trillion, he thought he was still half asleep.

The student nurse said: “I look at it again and I’m like… at that point I fall out of my bed literally, and I run to my desk and I’m logging into the Coinbase app and stuff and I’m talking to my friends, got him on the phone and I’m like, ‘Dude, you need to help me figure out how to sell this now!’ He’s like, ‘Chris, something wrong’.”

Realising the Rocket Bunny currency wasn’t showing the same amount when he tried to move it to a different platform, gutted Chris realised his trillionaire status was probably just a glitch and contacted Coinbase to report the issue.

Chris said he thought he was dreaming when he first looked at his account in the morning ( Image: Christo44044658/Twitter)

The figure in Chris’s account has only grown over the past few days while he waits for answers ( Image: Christo44044658/Twitter)

Chris posted screenshots of his ‘fortune’ on Twitter, adding: “You know when you look at it, it’s like you know there’s no way I’m ever going to get this amount of money.”

While Coinbase investigated the issue, Chris assumed the sum in his account would go down. Instead, it’s grown over the last few days.

“I got a counter and I actually did a screen recording showing the number go up and up and up,” he said.