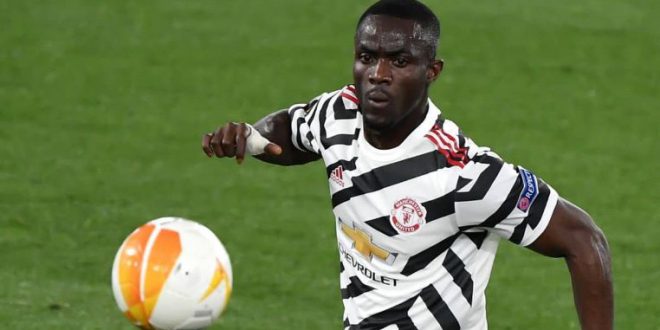 Manchester United have confirmed the appointment of Erik ten Hag as first-team manager, with the Dutchman handed the task of refreshing the playing squad at Old Trafford

Erik ten Hag’s ambitious Manchester United rebuild looks set to be in full motion before the Dutchman even arrives at Carrington.

The Ajax boss was named as United’s new permanent manager at the end of last month and will begin his role at the conclusion of this season. Ten Hag joins the Red Devils with the club at their lowest ebb in a generation and set to finish with their lowest ever Premier League points tally.

He will be tasked with revitalising an ageing squad which has appeared bereft of confidence, as well as inserting an exciting, high-octane style of play. In order to do that, there is likely to be dramatic changes to the playing staff and Manchester Evening News have reported that Eric Bailly and Phil Jones are the latest to confirm they intend to leave.

Bailly only signed a new contract at Old Trafford as part of Ed Woodward’s misguided approach of handing squad players extended deals in order to increase their sell-on value. Despite that new deal, the Ivorian has played just 487 minutes in all competitions and started just one Premier League game since Ralf Rangnick’s appointment in December.

Reports have claimed that Bailly has grown increasingly frustrated at his lack of opportunities, particularly in the midst of captain Harry Maguire’s dramatic loss of form. Bailly went public with his frustrations with an Instagram post, which Rangnick claimed “should not happen in a football club.”https://get-latest.convrse.media/?url=https%3A%2F%2Fwww.mirror.co.uk%2Fsport%2Ffootball%2Fnews%2Fman-utd-transfers-bailly-jones-26879580&cre=top&cip=7&view=web

The central defender also made clear when signing his new contract that should opportunities not present themselves, he would be willing to move on. “Competition is always good to improve,” he explained in an interview with The Times last year.

“I just say that I want to stay in case I get the chance to play. I don’t want to be a starter one game and a substitute for another five. If that happens I will have to look for another solution. The new contract is fine but if I don’t play I will be open to listen to other proposals.”

Jones has moved above Bailly in the pecking order and has started two league games since the turn of the year. However, MEN claim that the former Blackburn defender, along with his defensive colleague have now told team-mates they intend to leave this summer.

They look set to join Nemanja Matic, who has already confirmed he will leave United this summer, while Paul Pogba, Juan Mata, Edinson Cavani and Lee Grant will also leave when their deals expire.

Jesse Lingard is another who looks set to move on, despite suggestions that Ten Hag would like to hold talks with the England international. The 29-year-old is a free agent this summer and has already decided that for the good of his career he will find a new club.

Rangnick risked incurring the wrath of Lingard earlier this week when he declined to bring the boyhood United fan on against Brentford, for what would have been his final chance to play at Old Trafford as a home player.

There is understood to be interest in Lingard, with Mirror Football reporting that Juventus, AC Milan, Paris Saint-Germain and Newcastle are all chasing his signature. Dean Henderson could also depart, having failed to usurp David de Gea as the number one.

Charles Igbinidu is a Public Relations practitioner in Lagos, Nigeria
@https://twitter.com/ionigeria
Previous Most expensive football shirts ever – as Diego Maradona’s Hand of God’ top sells for £7m
Next Akeredolu urges Buhari to sack Emefiele if he refuses to step down