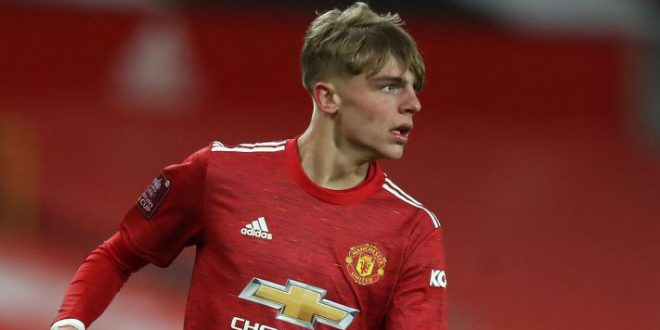 Brandon Williams found guilty following a trial of failing to give information to the police about the driver of a car he owned caught speeding in Wales; 20-year-old fined £1,000 and ordered to pay £720 in costs

He was been fined £1,000 for failing to give information to police about the driver of a car that was caught speeding on a north Wales road.

The youngster was represented at Mold Magistrates Court by celebrity lawyer Nick Freeman, dubbed Mr. Loophole in the past due to his tendency to find errors in the judicial system.

Williams was found guilty of failing to give information to the police about a speeding offence involving a £50,000 Mercedes GLE 300.

The United star was the car’s registered owner but wasn’t driving the car at the time and was instead staying at the Lowry Hotel before a game against Bournemouth.

he Merc had been clocked speeding at an average of 85mph in a 70mph zone on the A55, Rhuallt Hill, in north Wales.

A form sent to Williams’ house was filled in by his father, Paul, who admitted to being the driver.

But police had also sent a response to the player himself, asking him to fill in a form to confirm he wasn’t driving.

However, Williams argued that he was focusing on football and hadn’t driven the car in question – and confirmed he had bought the luxury motor as a gift for his father’s 50th birthday.

The defender claimed he lets his father deal with post, and that was the reason for the lack of a response.

Freeman successfully argued that there were special reasons not to impose penalty points on the 20-year-old’s licence, so Williams escaped with a hefty fine.

Magistrates chairman Andrew Stubbs said he believed there were “significant mitigating circumstances” and that Williams had been naive.