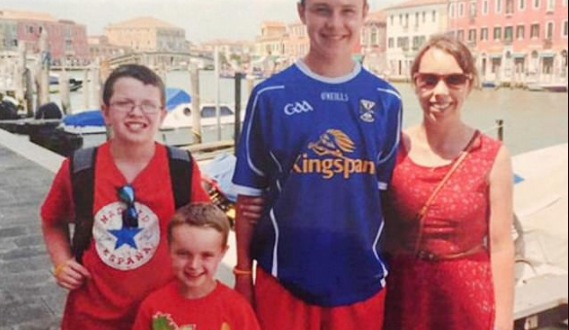 Man Slaughters His Entire Family Before Hanging Himself

An Irish deputy headteacher hacked his entire family to death then hanged himself.

He targeted his wife and eldest son first because he feared they would fight him off. He then slit his two youngest sons’ necks before he hanged himself, an inquest heard.

Mrs Hawe was found lying face down in her pyjamas and dressing gown on the sitting room sofa. She had suffered severe head and neck injuries and there was a large pool of blood under the chair. A small axe and a knife with Alan Hawe’s hand print was found beside the sofa. Two of the boys, Liam and Niall, were found in their beds in the upstairs room they shared. They had no signs of life and they had their duvets on them. A knife was found in the bedroom. Six-year-old Ryan was found alone in his bedroom and also had a duvet over him. Another knife was found on his pillow, the inquest heard.  Mr Hawe was found hanged in the hall. 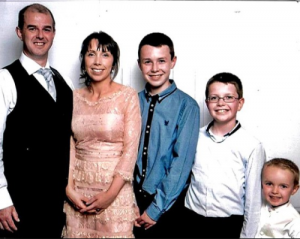 During the hearing, Garda Aisling Walsh broke down and wiped away tears as she recalled the harrowing scene at Oakdene, Barconey. As coroner Mary Flanagan outlined in graphic detail how Mrs Hawe and her three sons died, her mother Mary Coll and sister Jacqueline Connolly sobbed and shook as they were comforted by relatives in the front row of the public gallery

Recalling the tragic day, Clodagh Hawe’s mother told the inquest she had driven to her daughter’s home after she did not turn up on time to drop two of her sons off. When she arrived, she saw two cars in the driveway and the curtains drawn. She said she found a bloodstained note on the back door of her daughter’s house for gadai to be called. The note was in Alan’s handwriting. She said she felt a sense of foreboding that her daughter and grandchildren had been killed by husband and father Alan Hawe.

“I was just about to put the key in the door when I saw the note,” she told the hearing. “I knew it was Alan’s handwriting. I knew that something terrible had happened. I just had that feeling.”

The note, written on a white envelope and stuck on the inside of the back door window, read: “Don’t come in. Call the gardai.”

A number of other notes were found by gardai inside the house, all of which were written by Alan Hawe, the inquest was told. There were bloodstains on some of the letters. Mr Hawe had written a lengthy note on three white, unlined, A4 pages that were found in a sealed envelope on the kitchen table, forensic experts told the hearing. There was also a second handwritten note, the inquest was told.