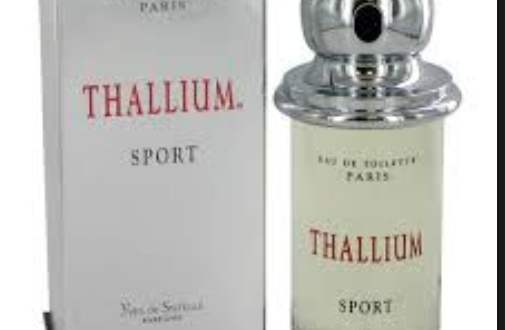 Talented Vladislav Shulga, 37, known as an “engineer sent by God,” was passed over for promotion, so he spiked the drinking water of his boss with thallium — used in Soviet times and known as Saddam Hussein’s “poison of choice.”

His twisted act of revenge left his intended victims almost untouched, but caused dozens of other workers to suffer hair loss and chronic sickness.

According to local media, Russian authorities initially sought to cover up the poisoning incident. But the boss at the defence plant escaped almost unharmed, while his deputy is virtually paralysed from the horrific act.

Two months later, Shulga used thallium again after fleeing the scene when his car was involved in a crash with a lawyer at his defence plant in Taganrog.

The lawyer Sagil Makhmudov, 25, reported him to police and Shulga tried the same trick, aiming to maim him in revenge.

The defence plant poisoning in Taganrog remained hidden for months amid a succession of official denials. It was finally disclosed around the same time as ex-spy Sergei Skripal and his daughter Yulia were poisoned in Britain with novichok, a Russian chemical weapon.

Desperate employees at the defence plant, Beriev Aircraft Scientific and Technical Complex, went public last month to force the authorities to take their concerns seriously that they were victims of thallium — and find the poisoner.

One woman called Inna Aleinikova in the legal department showed on a video how she was going bald after succumbing to the horrific poisoning.

Aircraft designer Konstantin Kolesnikov — deputy to Shulga’s boss — became ill in November, and was diagnosed with thallium in his blood some 150 times too high.

In hospital after heart failure and acute stomach pains, he suffered clinical death but was reanimated by medics. He cannot walk, and has lost his eyesight and hair.

Shulga took an antidote for thallium — and continued working normally. After police investigated the poisonings, he finally confessed, and faces up to five years in jail at his upcoming trial.

“I saw that my colleagues poisoned two months earlier did not die, and are still alive,” he said. So, I made a smaller dose and added thallium to the water in the legal department.”

His aim was that the lawyer “would get poisoned” but in fact he missed his target again — hurting others who are suffering long-term sickness.

Makhmudov refused to comment on the attack. But some of those poisoned still doubt they have been told the entire truth.

“In our department, people who sat near one particular wall are bald,” she said. “Those who sat by the window — all have their hair.”

Some suspect Shulga put poison in the air conditioning as well as the water. Doctors were confused by the poisoning and initially diagnosed gastritis or rotavirus — or told staff they were healthy.

Thallium in isotope form can be radioactive but it is not clear is this was the case here. It has been used as a murder weapon in several countries because it was seen as hard to trace.

Workers are “angry that their symptoms have not been properly checked and the authorities want to cover up and deny the thallium poisoning,” said one local report.

Economist Ksenia Sergus said she woke feeling severe pains when she breathed in. These spread to her back and bottom.

Another victim, Viktoria Lebedenko, a married mother of one, had similar symptoms. Others suffered nausea, vomiting and diarrhea.

Previous Indecency: Couple Charged For Having 35 Minute Sex Romp Under A Bridge In Broad Daylight
Next Landlord Lands In Court For Slapping Tenant